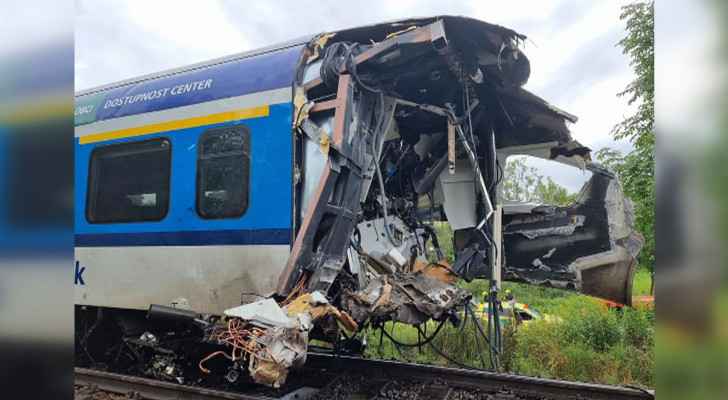 Two people died and dozens more were injured on Wednesday when two trains collided at a village in the west of the Czech Republic, police said.

"We can confirm that two people lost their lives," national police said on Twitter.

"Dozens of injured people were reported at the scene. We are helping with the evacuation of passengers."

The police said the accident happened shortly after 8:00 am (0600 GMT) at Milavce.

"At the moment 31 people whose lives are not in danger are being treated, seven people are in a critical state and two are dead", Plzen region rescue teams' spokesperson Maria Svobodova told iROZHLAS website.

The Munich to Prague train number Ex 351 collided with a regional service between the Czech towns of Plzen and Domazlice.

Czech Transport Minister Karel Havlicek said "the Ex 351 did not respect a signal... and crashed into the regional train."

"The situation is serious," Havlicek said as he headed to the scene of the accident.