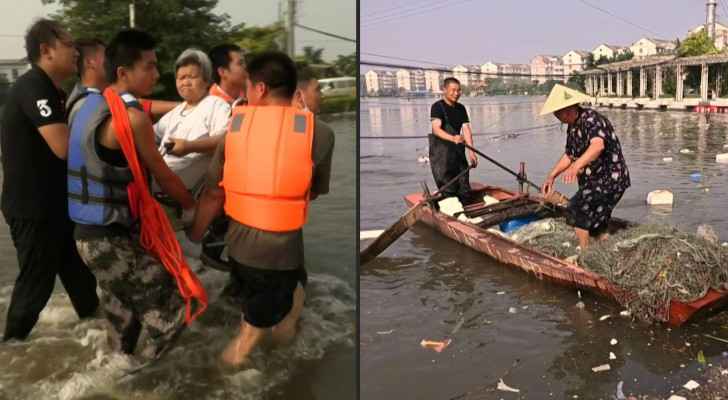 The death toll from floods in central China has risen to at least 302 with dozens of people still missing, officials said Monday, after record downpours dumped a year's worth of rain on a city in just three days.

Zhengzhou, the capital of Henan province and the epicentre of the record flooding, was hardest hit with 292 people dead and 47 missing, the local government said at a press briefing.

Images of passengers inundated by shoulder-height water went viral on Chinese social media on Line 5 of the city subway where 14 people died, while dozens of cars in a tunnel were tossed aside by the deluge, many with passengers still inside.

Scores were killed in Zhengzhou due to floods and mudslides, mayor Hou Hong told reporters while updating the overall toll. She added that 39 bodies were recovered from underground car parks and other below-ground spaces.

The disaster marked China's deadliest floods in a decade.

The total losses across the province were almost double that amount.

Questions are turning to how China's bulging cities can better prepare for extreme weather.

As the water retreated, slaking roads in mud, residents counted the financial cost in lost businesses and property -- and attempted to mark the human tragedy which took place there.

City and provincial officials have faced calls for accountability, with the wife of one of the subway victims telling local media she would sue the metro operator for negligence.

"Can we do a good check of Zhengzhou's drainage system?" a Zhengzhou resident wrote on Weibo.

"We're digging and building roads every day... change the leadership and do it all over again, all the money has been spent on superficial things!"

But criticism of the government's handling of the disaster was met with a stern response.

A large floral tribute at the subway in Zhengzhou was sealed off last week by authorities and foreign journalists covering the floods have been harassed online and on the ground.

Reporters from AFP were forced to delete footage by hostile residents and surrounded by dozens of men while reporting on a submerged traffic tunnel in Zhengzhou.

The United States has since said it was "deeply concerned" over the harassment and intimidation of foreign correspondents covering deadly floods in China.

For now, air, rail, and road transport in Henan have resumed although the Zhengzhou subway has not, according to a Henan official.

Blinken: Africans do not have to 'choose' between China, ....

Blinken: Africans do not have to ....