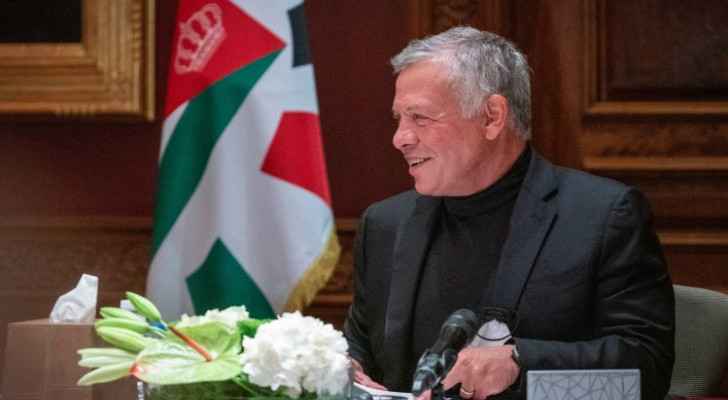 His Majesty King Abdullah on Monday expressed support for the efforts of the Royal Committee to Modernise the Political System, as it strives to meet its objectives to fulfil the aspirations of Jordanians.

At a meeting with the committee’s chairperson and the heads and rapporteurs of its sub-committees and its executive office members at Basman Palace, attended by His Royal Highness Crown Prince Al Hussein bin Abdullah II, King Abdullah affirmed the importance of tackling political, economic, and administrative reform within a holistic approach.

His Majesty said the committee has enormous tasks before it, stressing the importance of continuing its work transparently and keeping the public informed of its discussions and consensus, so that all stakeholders are aware of what is needed moving forward.

The King stressed that the process of modernisation and development will continue for a better future for Jordan, despite attempts to hinder its progress.

His Majesty was briefed on the committee’s progress by its chairperson, Samir Rifai, who noted the transparency and openness with which it is approaching the public and the media.

He said the committee will continue to reach out to the public, experts, and political and partisan figures, for feedback and comments.

Rifai stressed the committee’s keenness on implementing the modernisation it is tasked with, based on an action plan that guarantees gradual legislative development, and the realisation of societal change that enhances public trust in partisan work, while empowering political parties to become platform-based.

For their part, the heads of subcommittees presented the initial agreed-upon outcomes on proposals for draft elections and political parties laws, and amendments that guarantee the active engagement of women and youth in parliamentary and political life, in addition to proposed constitutional amendments related to the two laws and parliamentary work.

They expressed their appreciation of His Majesty’s close follow up on their progress, underlining their commitment to transparency.