Haniyeh re-elected as head of Hamas 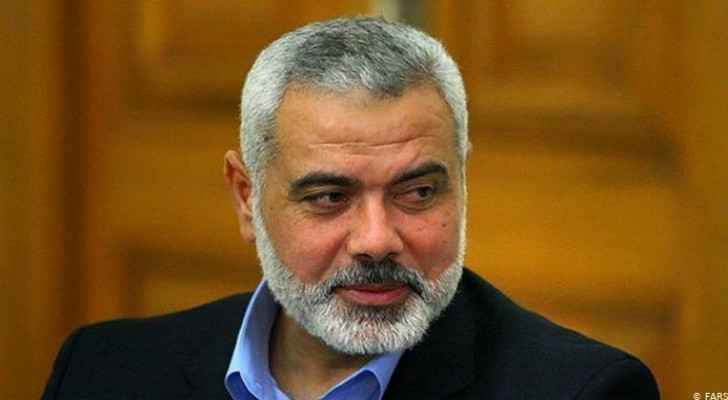 The Islamic Resistance Movement (Hamas) announced at dawn Monday the re-election of Ismail Haniyeh to the post of head of the movement's political bureau for a second term.

The movement said in a statement that its Central Elections Committee ended the internal elections of the movement Sunday by "electing and forming the political bureau of the Islamic Resistance Movement Hamas headed by the Mujahid Brother Ismail Haniyeh, and his deputy Mujahid Saleh Al-Arouri."

Since 2017, Haniyeh, who is currently residing in Qatar, has been the general head of the Islamic movement that runs the besieged Gaza Strip.

Haniyeh was born in 1963 in the Shati refugee camp in the western Gaza Strip, after his parents were displaced by the Nakba and the establishment of the 'State of Israel' in 1948 from Ashkelon, which is now part of the Israeli Occupation and adjacent to the borders with the Gaza Strip.

The Israeli Occupation imprisoned Haniyeh several times during the first intifada that erupted in 1987. In December 1992, he was deported with hundreds of the movement's members and Islamic Jihad fighters to southern Lebanon.

Al-Arouri is a member of Hamas' political bureau, and he is one of the members of the movement that negotiated the Palestinian prisoner exchange deal that Hamas concluded with the Israeli Occupation in 2011 in exchange for the release of Israeli Occupation soldier Gilad Shalit.

Last March, the movement announced the re-election of Yahya Sinwar as head of its political bureau in the Gaza Strip, the narrow coastal strip inhabited by about two million people.

Every four years, Hamas holds secret internal elections to choose three political offices in the Gaza Strip, the West Bank and abroad, in preparation for the election of the head of the General Political Bureau, who is considered the general head of the movement.