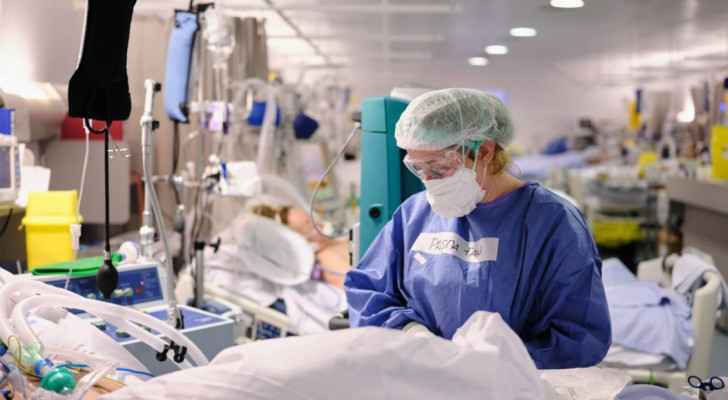 Here are the latest developments related to the spread of the coronavirus around the world:

Sunday, Nigeria received four million doses of Moderna's vaccine against the coronavirus from the United States, double the total number of doses received by the country of 210 million people.

More than 2,000 people have died from the virus in Africa's most populous country, although it is believed that the real death toll is much higher.

- China is subjecting millions of residents to Covid examinations, as the number of injuries rises -

Chinese cities have launched massive campaigns to check for COVID-19 that included millions and imposed new restrictions on travel at a time when health authorities are trying to contain the largest outbreak of the virus in the country in months.

On Sunday, China recorded 75 new infections with the coronavirus, including 53 local infections, while reports indicate that a group of infections linked to an airport in the east of the country led to the outbreak of the epidemic in more than twenty cities and more than ten provinces.

Two Sumatran tigers are recovering in an Indonesian zoo after contracting the Corona virus.

Tino and Harry tested positive in mid-July after they developed flu-like symptoms, and officials are now trying to trace the source of the infection.

The coronavirus has caused the death of 4,220,816 people in the world since the World Health Organization office in China reported the emergence of the disease at the end of December 2019, according to a census conducted by Agence France-Presse based on official sources on Sunday at 10:00 GMT.

The World Health Organization, taking into account the excess mortality rate directly or indirectly related to Covid-19, says that the outcome of the epidemic may be two or three times greater than the officially announced toll.