Albania repatriates a number of its nationals from northeastern Syria

Albania repatriates a number of its nationals from northeastern Syria 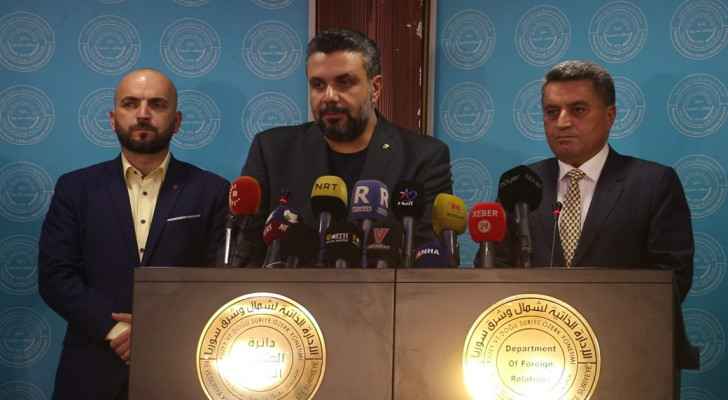 Albania announced on Sunday that it repatriated five women and 14 children from a camp in northeastern Syria, which houses family members of Daesh fighters, according to Prime Minister Edi Rama.

Since declaring the elimination of the "caliphate" of the extremist organization two years ago, the Kurdish Autonomous Administration has been demanding the countries concerned to take back their nationals from members of the organization's families who are in camps, including tens of thousands of children, or their citizens detained in prisons and camps.

Many countries have refrained from doing so.

In statements to reporters in Beirut, where he was receiving his country's nationals after their exodus from Syria, Rama said that "getting these children and women out of hell was a very complicated process."

He explained that they will be transferred to a shelter, where they will undergo medical and psychological examinations, before deciding whether to allow them to join their families.

According to official statistics, 144 Albanians left to fight in Syria and Iraq between 2012 and 2014.

Many of the men were killed during the battles, according to their relatives in Albania. They talk about the presence of about 30 women and children detained in the camps of the Autonomous Administration.

Albanian officials confirm that the operations to recover the nationals will continue, without confirming the remaining number in Syria.

The statement of the Albanian Prime Minister came the day after the Department of Foreign Relations in the Autonomous Administration announced the arrival of an Albanian delegation headed by the Consul General in Lebanon, Syria and Jordan Mark Gharib to the city of Qamishli "to receive a number of Albanian citizens from ISIS families."

Al-Hol camp alone houses about 62,000 people, mostly women and children, including about 10,000 families of foreign Daesh fighters who are in a special section and under heavy security, according to the United Nations, which has warned of “extremism cases.”

Despite repeated calls by the Kurds, and international organizations warning of "catastrophic" conditions in the camps, the majority of countries insist on not repatriating their citizens, and the call to establish an international court to try the militants has not been answered. Several European countries, including France, were satisfied with recovering a limited number of orphaned children from the sons of jihadists.

Last week, North Macedonia and Kosovo repatriated 34 of their nationals from Syria, including men suspected of fighting in the ranks of the organization.