More than 400 immigrants rescued in Mediterranean 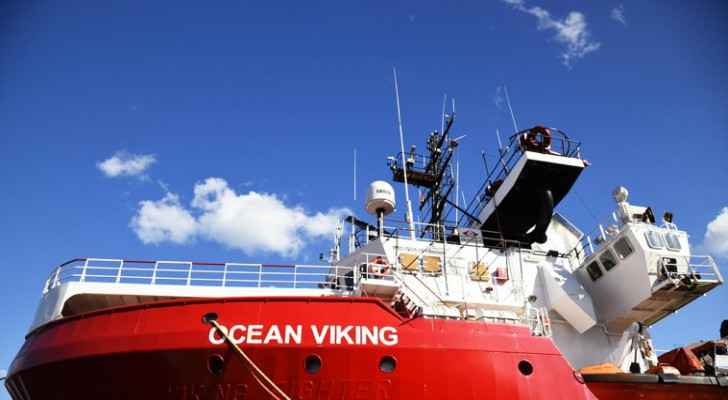 Three NGOs rescued more than 400 migrants trying to reach Europe on a wooden boat in the Mediterranean on Saturday night, bringing the number of people rescued over the weekend to nearly 600, a spokesperson for the European non-governmental organization SOS Mediterranean said Sunday.

SOS Mediterranean, which operates the rescue ship "Ocean Viking," said that "the rescue operation that took place in international waters was fraught with danger, as water was leaking into the large wooden boat carrying more than 400 people."

This is the fifth rescue operation by the Ocean Viking since Saturday. The ship is carrying 449 survivors, after it had already rescued 196 people during several previous rescue operations off the Libyan coast. Survivors will receive the same care as those rescued by Sea Watch 3, according to SOS Mediterranean.

According to the International Organization for Migration, at least 1,146 people died at sea during the first half of 2021 while trying to cross to Europe.

"SOS Mediterranean" confirms that it has rescued more than 30,000 people since February 2016 by the ship "Aquarius" and then "Ocean Viking."