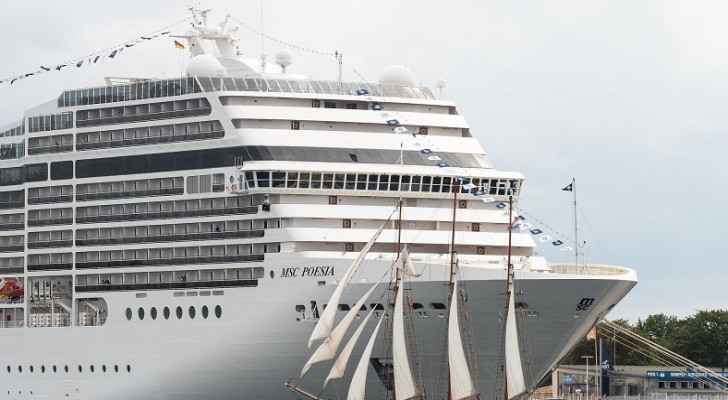 The first cruise launched from a port in Saudi Arabia Friday evening towards regional destinations, within the framework of the openness policy that the Kingdom began implementing years ago and with its attempts to diversify its oil-dependent economy.

The development of the tourism sector is one of the most important foundations of "Vision 2030," an ambitious economic plan put forward by Crown Prince Mohammed bin Salman to diversify the largest Arab economy and stop its dependence on oil.

The giant multi-deck "Bellisima" ship set sail on Friday evening from the first cruise terminal in the port of Jeddah on the Red Sea in the west of the country, starting "a series of luxury cruise trips over 3 and 4 nights until October 30," according to the official Saudi news agency SPA.

The ship, owned by MSC, based in Switzerland, will carry out 21 trips during the next three months "to local and regional destinations and reach Aqaba in Jordan and Safaga in Egypt" before returning to Jeddah.

In a report on Friday, the state-run Al-Ekhbariya channel reviewed the recreational activities on board the ship, which include swimming pools, health clubs, restaurants, cafes and showrooms.

Trip prices start from 2,195 riyals (about $585), according to several tourism agencies. The trips include going to Luxor in Egypt and Petra in Jordan, according to SPA.

Last April, the Saudi Cruise Company, owned by the government's Public Investment Fund, agreed with MSC International to run winter flights between November and March 2022 from Jeddah and Dammam on the Gulf coast in the east of the country, in an effort to attract 170,000 passengers.

"The inauguration of the first cruise ship station represents an important step ... to support the growth of the tourism sector in the Kingdom," said Fawaz Farooqi, CEO of Saudi Cruise Company.

Saudi Arabia, which has 35 million people and has been closed for a long time, began in 2019 issuing immediate tourist visas to citizens of 49 countries, mostly European, after visas were granted to businessmen and pilgrims coming to Mecca and Medina.

The cruise industry around the world has been severely affected by the COVID-19 pandemic.

The ship and its crew underwent a 14-day quarantine period before the Friday flight, according to Al-Ekhbariya channel.

Since Prince Mohammed assumed the position of crown prince in 2017, Saudi Arabia has witnessed a campaign of social change that includes allowing women to drive, opening cinemas, holding Western and Arab concerts, and seasons of entertainment unprecedented in the conservative kingdom.

But these changes were also accompanied by a crackdown on critics, journalists, and opponents, especially human rights activists.