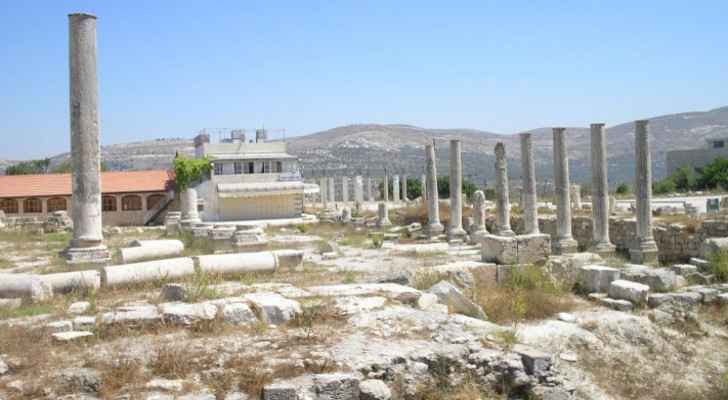 Thursday, extremist Jewish settlers stormed the archaeological area in the town of Sebastia, north of the city of Nablus in the northern occupied West Bank.

Sebastia Mayor Muhammad Azem said in a statement that a number of officials from nearby Israeli Occupation settlements stormed the archaeological site in the town, amid strict military protection by the occupation forces.

Azem added that the occupation forces closed the archaeological site and the roads leading to it, to secure the settlers' storming.

In the Ain al-Hilweh area in the occupied northern Jordan Valley, the Israeli occupation forces seized an agricultural tractor.

Moataz Bisharat, the official in charge of the Jordan Valley file in Tubas governorate, said that the occupation forces stormed the Ain al-Hilweh area and seized an agricultural tractor used by the Joint Services Council, to supply water to the citizens in the area, in the context of targeting the citizens and harassing them to displace them and confiscate their lands for the benefit of the Israeli Occupation settlement.