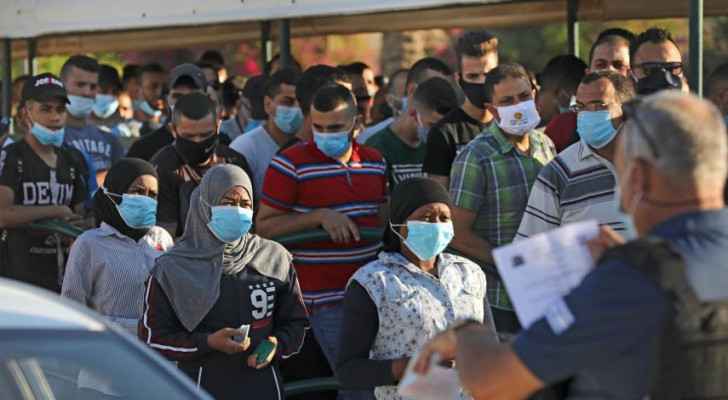 The Coordination of Israeli Government Activities in the Palestinian Territories (COGAT) confirmed on Wednesday the Jewish state's intention to increase the number of work permits it gives to Palestinians to work in the fields of construction and hotels by 16,000.

"The State of Israel intends to increase the share and number of Palestinian workers in [the occupied West Bank] by 15,000 workers in the construction sector," COGAT, which is affiliated with the Israeli Ministry of Defense, indicated in a statement.

According to the statement, "the quota of Palestinian workers in the hotel sector in Israel will be increased by 1,000 additional workers, in coordination with the Ministry of Tourism."

The Israeli Occupation government is expected to ratify the decision next week.

"We want to implement it as quickly as possible, it is in the interests of both parties," the security official added.

The statement noted "additional steps to strengthen economic relations between Israel and the Palestinian Authority."

COGAT coordinator Ghassan Alyan said that "this step will strengthen the Israeli economy and the economy of the Palestinian Authority, and will contribute a lot to security stability in [the occupied West Bank]."

A large number of Palestinians in the West Bank seek to obtain work permits inside the Israeli Occupation because of the high wages, although they are not equal in them or in other advantages with Israelis, they say.

The work permits did not include residents of the Gaza Strip, where two million people have lived under a tight Israeli Occupation siege for nearly 14 years, according to the security official.