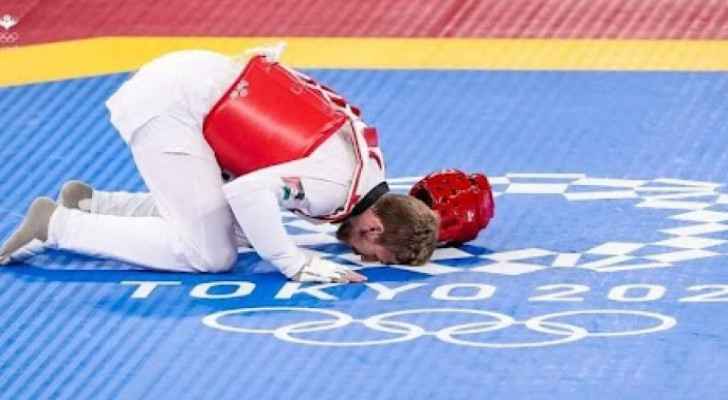 Jordanian taekwondo player Saleh El-Sharabaty won the silver medal in the -80 kg men's category at the Tokyo 2020 Olympics, after losing the final match against his Russian competitor Maxima Khrustov.

Sharabaty was able to secure a medal for Jordan in the Tokyo 2020 Olympics after beating Uzbekistan's Nikita Rafalovich in the semi-final Taekwondo match.

Through his defeat, Jordan was able to obtain a second Olympic medal after the player Ahmed Abu Ghosh won the gold medal in the 2016 Rio Olympics.

Despite the loss, Jordanians celebrated him with great joy.