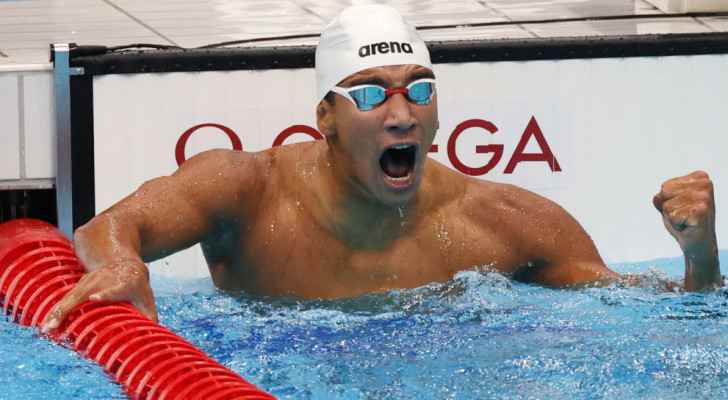 Sunday, 18-year-old Tunisian swimmer Ahmed Hafnaoui created one of the biggest stirs in the 2020 Tokyo Olympics so far with a riveting 400m freestyle gold medal win.

Hafnaoui insisted his shock defeat was down to "hard work."

The 18-year-old only scraped into the final after posting the eighth fastest time in qualifying but he delivered a sizzling last 50m to touch in 3:43.36.

What madehis defeat more shocking was that his personal best at the beginning of the year was six seconds slower than his last match.

To reporters, he expressed his surprise. “It’s unbelievable," he gushed.

"I didn’t believe it until I touched the wall and saw my face first. I saw the Australian guy from lane six, I guess in the [last] 200m. It was a great fight at the end. I’m feeling great. I am feeling proud.”