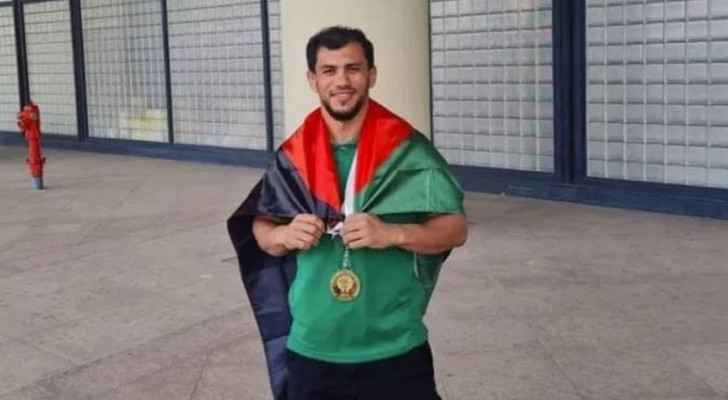 Saturday, the International Judo Federation suspended the Algerian judoka, Fethi Nourine, and his coach, Amar Benikhlef, for withdrawing from the 2020 Tokyo Olympics before his event began, after he was set to compete against the athlete representing the Israeli Occupation.

Nourine and Benikhlef gave statements to the media announcing their withdrawal from the match to avoid meeting the Israeli Occupation athlete during the event.

They claimed that the federation holds a non-discrimination policy, promoting solidarity as a key principle, reinforced by the values of judo.

An investigation has been launched, which has led to the temporary suspension of the duo.

Notably, the Algerian Olympic Committee withdrew the accreditation for both the athlete and coach and would send them home, applying sanctions accordingly, according to the federation.

They did not clarify details on the type of sanctions.

Friday, Nourine told Algerian sources that his political support for the Palestinian cause made it impossible for him to compete against the Israeli Occupation's Tohar Butbul.

He was due to go up against Sudan’s Mohamed Abdalrasool Monday for his first match in the men’s 73 kg class.

A win would have paired him with Butbul.

It is not the first time that Nourine has withdrawn from competition to avoid facing an Israeli Occupation opponent.

He pulled out of the 2019 world championships in Tokyo for the same reason.

Meet the athletes representing Palestine in the 2020 Tokyo ....