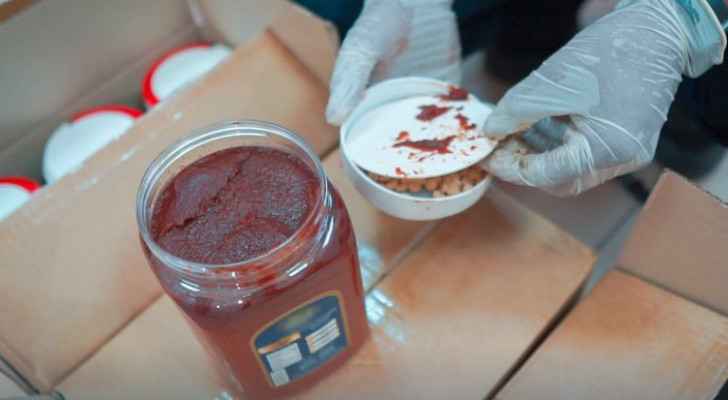 Friday, Saudi Arabia security authorities announced the thwarting of an attempt to smuggle 2,144,180 Captagon pills at the Al-Haditha land port.

The pills were found hidden inside a commercial consignment within tomato paste jars, just under the lids.

According to the official Saudi Arabian news agency (SPA), a consignment was received through Al-Haditha port, containing jars of tomato paste.

As per customs procedures, the shipment was subjected to checks and examined through X-ray machines, which led to the discovery of the pills which were concealed in the hollowed out lids of the jars.

The authorities added that after the seizure of the contraband, legal measures were taken.

It is noteworthy that, in late June, the competent authorities thwarted an attempt to smuggle a large quantity of Captagon pills amounting to more than 4.5 million pills, which were found hidden in a consignment of oranges received through Jeddah Islamic Port.

Narcotics found inside sheep guts in ....