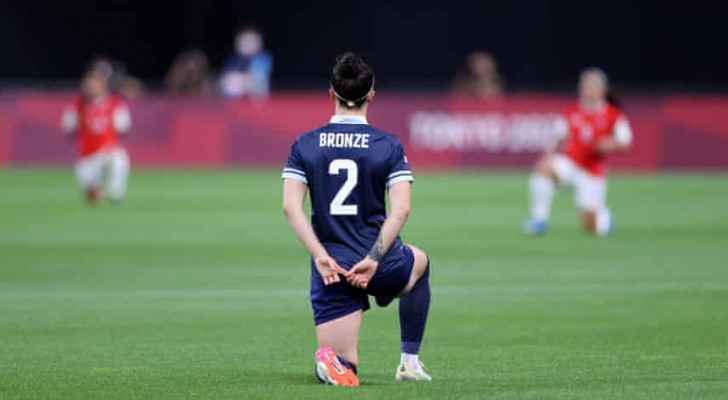 In a total U-turn, the Olympics and Tokyo 2020 organizers announced the lifting of their ban on their social media teams posting and showing pictures of athletes taking the knee at the Olympic Games.

The decision comes after sources revealed they had issued a diktat against showing such images just hours before Team GB’s women’s first football match against Chile Wednesday.

However, on Wednesday's coverage of the games, there were no pictures or clips shown online of athletes taking the knee from any official accounts, including Facebook and Twitter. This was despite the fact that women football players from the US, Sweden and New Zealand teams all took a knee in protest against racism.

The gesture, deemed 'too divisive' and banned entirely until the committee revoked that rule too, was broadcast by the official Olympics account, however, when they tweeted out a picture of GB football star Lucy Bronze, along with full acknowledgement that teams were kneeling before the competition.

Anti-racist and political gestures are nothing new at the Olympics, with iconic images of athletes such as Tommie Smith and John Carlos raising their fists in protest at how black people were then being treated and in solidarity with the civil rights movement in 1968.