Philippines orders children back into lockdown as COVID-19 cases surge

Philippines orders children back into lockdown as COVID-19 cases surge 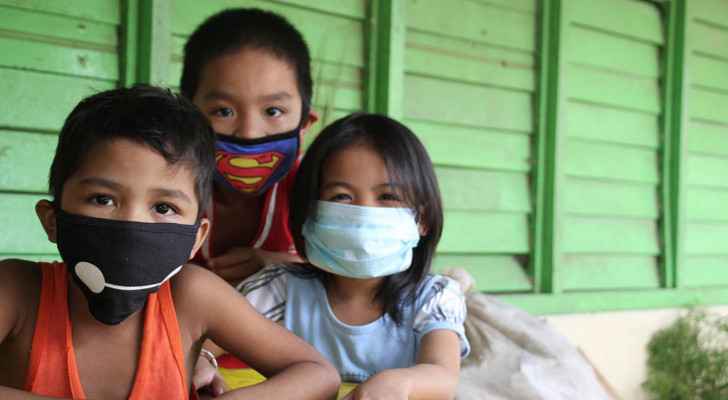 The Philippines ordered children back into lockdown Friday, as hospitals begin to prepare for a surge in COVID-19 cases in light of the highly transmissible Delta variant ravaging neighboring nations.

According to the health authorities, nearly half of the 47 Delta cases detected so far were locally acquired, therefore striking fears of a sharp uptick in cases that have surpassed 1.5 million since the beginning of the pandemic.

“The Delta variant is more infectious and deadly,” said the presidential spokesman Harry Roque as he announced tougher restrictions for the national capital region and four provinces where cases have surged.

Along with tougher capacity limits on indoor dining, beauty salons and religious gatherings, children aged five to 17 have been told to remain indoors.

This decision comes two weeks after the government lifted a ban on minors going outside that had been in place since March 2020 but often pushed under the rug.

The government has previously justified the measure by citing the risk of the younger generation catching COVID-19 and infecting their elderly relatives.

The Independent research group OCTA, which advises the Filipino government on its response to the coronavirus pandemic, called Thursday for “localized lockdowns” as well as extended curfews and a stay-at-home orders for children.

OCTA “believes that a surge in its early stages has started in the National Capital Region,” warning it may be driven by the Delta variant.

The health authorities said checks are underway to ensure hospitals had enough beds, medicine, oxygen tanks and medical staff to deal with a possible surge in cases.

Notably, travel restrictions have also been tightened for travelers from Thailand and Malaysia where authorities are battling to contain Delta outbreaks. India, Pakistan and Indonesia are also among the countries on the travel ban list.

In the Philippines, just over five million people have been fully vaccinated while 10.5 million have received their first dose of the COVID-19 vaccine.

Airlines fear another slump in global travel due to Delta ....

Airlines fear another slump in global travel due ....

Airlines fear another slump in global ....

Lockdown measures in Sydney extended until end of ....