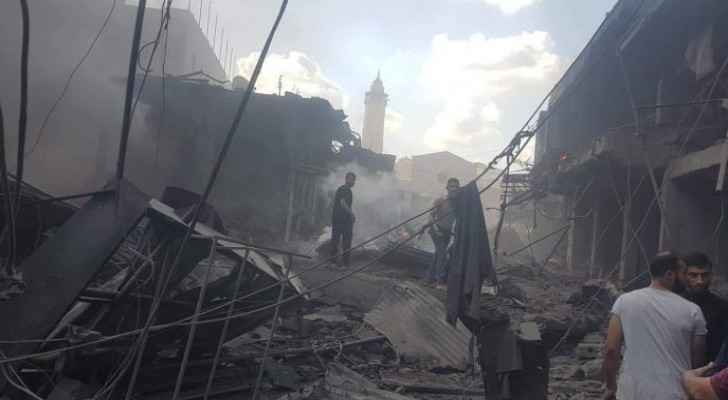 Thursday, the Ministry of Interior in the Gaza Strip issued a statement about the explosion that erupted in Al-Zawiya market in the city.

Iyad al-Bazm, a spokesperson for the ministry, said that the explosion occurred in a house consisting of several floors, and led to collapses in large parts of the house, and other damages to nearby homes and shops.

He added that the civil defense and police teams were able to control the fire resulting from the explosion and evacuate the injured. He noted that they continue to investigate the causes of the explosion.

Following the explosion, one person died and 10 others were injured, said Bazm.

He lastly added that the deceased and the injured were evacuated to Shifa Hospital.

Also Read: UPDATE: One dead, others injured in huge explosion in Zawiya market in Gaza Strip

Five Palestinians assassinated in wave of arrests by IOF ....

At least one dead, four missing in chemical park explosion ....

At least one dead, four missing in chemical park ....

At least one dead, four missing in chemical ....