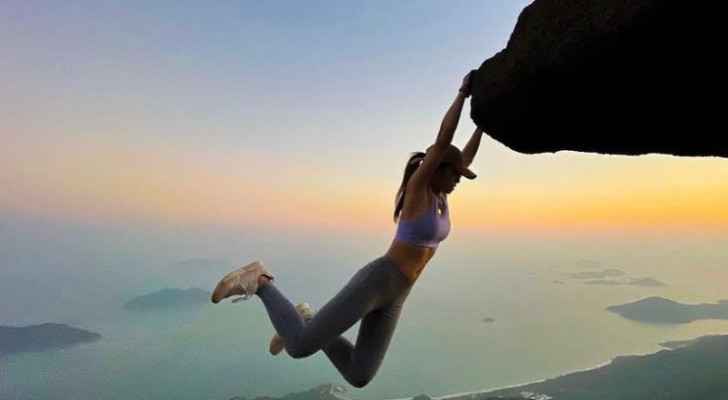 A famous Instagram star, Sophia Cheung, known for taking photos in high and ‘dangerous places’ died while taking a photo by a waterfall.

Cheung lost her footing and slipped while attempting to take a selfie in front of a waterfall at Hong Kong’s Ha Pak Lai park.

After the Instagram star fell into the water, her friends called the emergency services and paramedics quickly arrived at the scene.

They managed to reach her and quickly transferred her to the hospital, where she was pronounced dead.

Sophia was known for being daring and shared photos of her perilous adventures climbing the edges of high altitudes and mountaintops.

In her Instagram profile bio, Cheung wrote “life should be fun, not dumb.”

The influencer’s manner of death is unfortunately nothing new; as ‘death by selfie’ is becoming more and more common.

At least 18 people were killed by a lightning strike while taking selfies in India last week, Reuters reported.

The National Center for Biotechnology Information (NCBI) released study findings in 2018 that showed 259 selfie-related deaths were reported worldwide that year, most of which were attributed to “risky” behaviour.