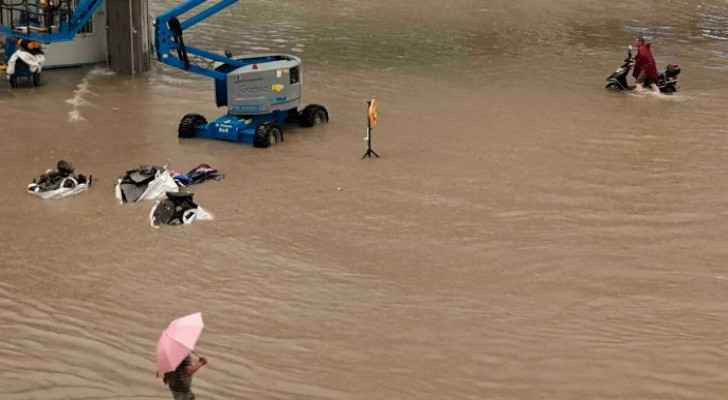 Twelve people died and five others were injured after torrential rains flooded the subway in the central Chinese city of Zhengzhou, according to authorities Wednesday.

The city "has experienced a series of rare and heavy rainstorms, causing water to accumulate in Zhengzhou metro,” officials said in a Weibo post.

Authorities have issued the highest warning level for Henan province as record floods hammer the province.

According to scientists, seasonal floods are common in China, however, climate change is bringing increasingly extreme weather patterns.

Images were circulated across Chinese social media showing dramatic rescues of pedestrians in Zhengzhou from torrents gushing through the streets.

Additionally, the Chinese army warned that a stricken dam in the center of the country "could collapse at any time" after being severely damaged in torrential storms that killed at least three people and brought the region to a standstill.

Tuesday evening, the regional unit of the People's Liberation Army (PLA) warned that the relentless downpour had put a 20-meter breach in the Yihetan dam in Luoyang at a risk that it "may collapse at any time".

The PLA said that it had sent soldiers to carry out an emergency response including blasting and flood diversion.

"On July 20, a 20-meter breach occurred at the Yihetan dam.... the riverbank was severely damaged and the dam may collapse at any time," it said in the statement.