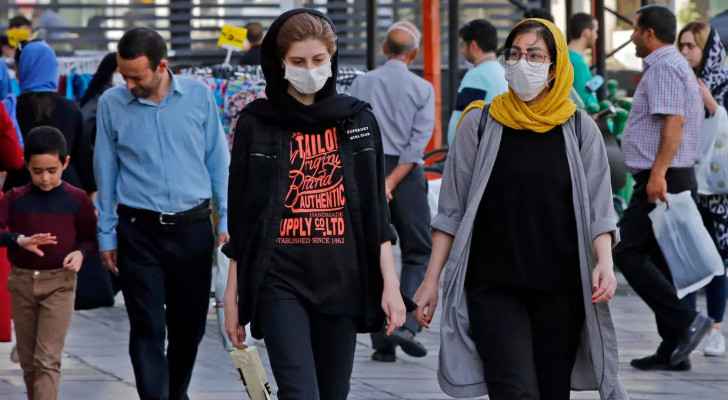 Iran recorded a record number of daily infections with the coronavirus Tuesday, according to the Ministry of Health.

The ministry reported that the Islamic Republic recorded 27,444 cases and 250 deaths in the past 24 hours.

And this daily toll is the highest since April 14, when the authorities announced that 25,582 cases had been recorded.

With the new figures, the number of COVID-19 deaths has risen to 87,624 out of a total of 3,576,148 infections, though a number of officials have previously confirmed that the official figures remain below the actual.

The record comes amid extensive closure measures in the provinces of Tehran and Alborz, in an effort to limit the spread of the epidemic.

These measures coincide with the Eid al-Adha holiday that Iran celebrates Wednesday, and come about two weeks after President Hassan Rouhani warned of a "fifth wave" of the epidemic, mainly due to the highly contagious Delta mutant.

The National Authority to Combat Covid-19 announced Monday that the measures include the closure of government departments and banks in the two neighboring governorates, from six in the evening Monday (13:30 GMT) until the morning of next Monday (July 26).