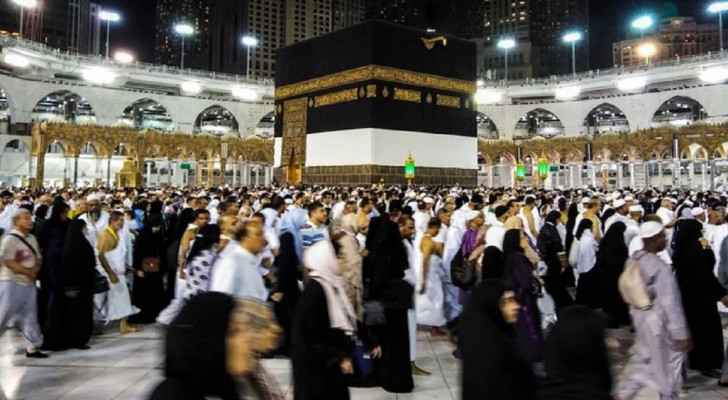 Bushra Shah has finally fulfilled her "childhood dream" of going for Hajj, taking advantage of a new decision by the Saudi authorities that allows all women to perform the Hajj without the presence of a male companion.

Shah, 35, and other young women benefited from a decision by the Ministry of Hajj and Umrah last month allowing women of all ages to go for Hajj without a male companion, provided they go in a group with other women.

The decision is part of a series of social reforms led by the country's de facto ruler, Crown Prince Mohammed bin Salman, who seeks to change the kingdom's puritanical image and diversify its oil-dependent economy.

Since coming to power in 2017, he has allowed women to drive and travel outside the country without a mahram, but he has faced criticism related to the repression of his opponents, especially human rights activists.

"It's like a dream come true. My childhood dream was just to go on pilgrimage," Shah told AFP as she prepared her belongings at her home in the western coastal city of Jeddah.

Hajj is one of the five pillars of Islam and Muslims who are physically and financially able to do it must perform it even once in a lifetime.

For Shah, going on pilgrimage with her husband and young child would have been a distraction from "focusing completely on worship."

But she was not able to go alone, as those under the age of 45 were not allowed to perform the pilgrimage on their own.

As soon as she became aware of the decision, she immediately submitted an application, and a few days later she received a letter of acceptance of Hajj among the 60,000 pilgrims residing in Saudi Arabia vaccinated against Covid-19, who were selected according to an electronic verification system out of 558,000 applicants.

"Many women will also go with me. I am very proud that we are now independent and do not need a [male companion]," she added happily, wearing a white abaya that covers the whole body except for her face, before kissing her child and saying goodbye to her husband.

A Saudi official said that women constitute about 40 percent of the number of pilgrims participating this year in the rituals that are organized in a limited way for the second year in a row due to the outbreak of the Covid-19 epidemic.

Hajj this year is limited to residents between the ages of 18 and 65 who have received two doses of the vaccine, and it excludes people suffering from chronic diseases.

"I strongly encouraged her to perform the pilgrimage on her own," said her husband, Ali Murtada, 38.

It is not clear when the authorities specifically lifted the restrictions on Hajj for women.

Some companies published warnings that they would not accept women without a male companion, according to an AFP correspondent in Riyadh, in a step that shows that the accelerated social reforms have received some kind of opposition in the deeply conservative kingdom for decades.

The Kingdom required the presence of a male companion called a mahram (father, brother, husband or son) for those wishing to perform Hajj and Umrah who were under 45 years old.

This prevented thousands of Muslim women around the world from performing Hajj and Umrah for years, including the Egyptian Marwa Shaker who lives in Riyadh.

"Hajj without a mahram is a miracle," said Shakir, 42, an employee of an international organization traveling for Hajj with three of her friends.

The mother of three tried several times to perform the pilgrimage before the pandemic, but was unable because her husband had performed the pilgrimage during the last five years, which prevents him from accompanying her according to the established rules.

And Marwa, who said that she cried when she was chosen, "I feel great joy and happiness... Our Lord called me (to his home) despite all the obstacles."

It is also unclear if the decision will apply to women coming from outside the kingdom, with Hajj and Umrah open to Muslims from around the world later.

For British Pakistani Sadaf Ghafoor, 40, a mother of three, the decision to travel without a mahram was her "only option" to perform the Hajj.

"We were not able to leave the children alone," said the doctor.

With the sudden decision, her husband chose to stay with their children so that she could fulfill her dream of Hajj.

"It was not easy to make the decision to go alone but (...) we took this opportunity as a blessing," said the woman, who is traveling with her neighbor.