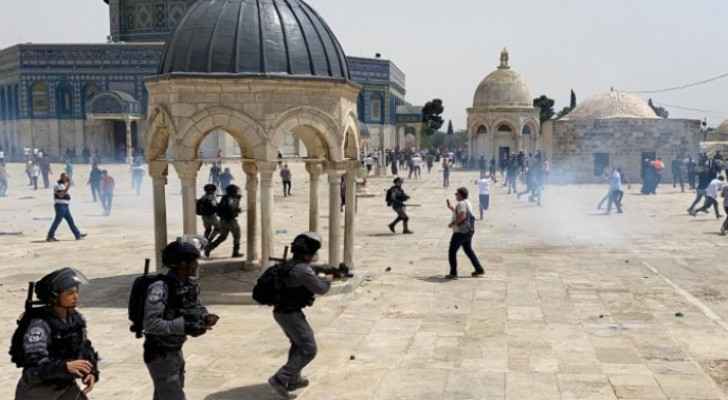 Sunday, the Israeli Occupation Forces (IOF) stormed the blessed Al-Aqsa Mosque, forcibly evacuating the worshipers from it, and allowed settlers to storm it to commemorate the so-called “Tisha B’Av.”

The Department of Islamic Endowments in Occupied Jerusalem announced that more than 500 settlers had stormed the mosque’s courtyards since the early hours of Sunday morning.