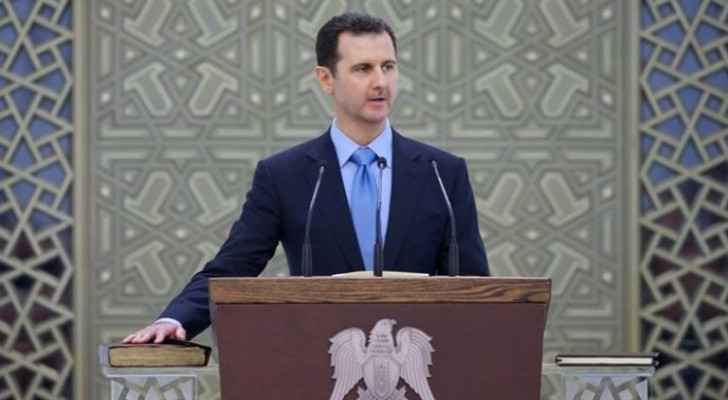 Saturday, Syrian President Bashar al-Assad was sworn in for a fourth presidential term of seven years, nearly two months after his re-election, amid a stifling economic and living crisis plaguing the country, which has been witnessing a conflict for more than ten years.

In May, Assad was re-elected with 95.1 percent of the votes cast.