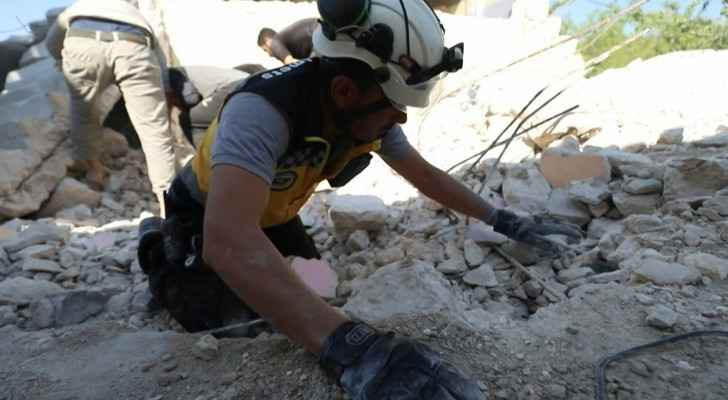 The deaths came amid an uptick in violations of a ceasefire deal that was brokered by Turkey and Russia in March 2020 and had since largely been held.

Since June, government forces have stepped up shelling of rebel groups dominating the Idlib region who in turn have responded by targeting regime positions in surrounding areas.

On Thursday, regime shelling on the outskirts of the north Idlib town of Fuaa killed six civilians, including a child, said the Britain-based Syrian Observatory for Human Rights.

Most of the victims were quarry workers, the war monitor said.

In a separate attack on the Idlib village of Iblin, more than 35 kilometres (22 miles) south from Fuaa, regime shelling killed three other people, including two children, it said.

Earlier this month, regime shelling on southern Idlib killed nine people, including five members of the same family, in one of the deadliest violations of the truce.

The Idlib region, which borders Turkey to the north and is home to more than three million people, is the last part of Syria controlled by rebel or jihadist groups.

The Syrian regime, backed by Russia and Iran, has vowed to retake the area and the enclave has shrunk under pressure from successive deadly land and air offensives.

Despite sporadic skirmishes along the ceasefire lines, the truce has largely held, averting a major assault that aid groups warned could cause suffering on a scale yet unseen in Syria's decade-old war.

The war has killed nearly 500,000 people since it started in 2011 with the brutal repression of peaceful demonstrations.