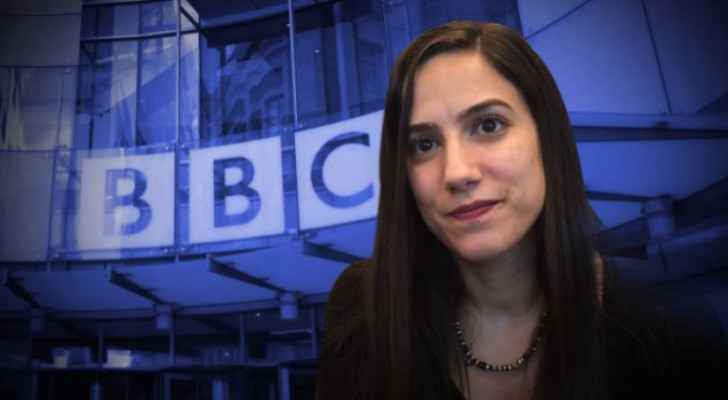 The British Broadcasting Corporation BBC dismissed Palestinian journalist Tala Halawa, against the background of a tweet she posted on Twitter during the Israeli aggression on the Gaza Strip in 2014, three years before she joined the organization.

Halawa added, through a post on her Facebook page, that "the decision came a month after an internal investigation was conducted in which the institution ignored the evaluation of my professional performance, and requests from my colleagues to testify about my professionalism," noting that she "was subject to investigation and dismissal following one offensive tweet I posted seven years ago, during the Israeli army’s bombing of Gaza in 2014, specifically during the attack on the Shuja’iya neighborhood, which resulted in the death of 55 Palestinian civilians, including 19 children and 14 women, within 48 hours only, and a few days after the settlers kidnapped the child Muhammad Abu Khdeir and burned him alive."

She pointed out that "as a young Palestinian woman, social media was the only means available to me amid the horrific facts I witnessed and the death of innocent Palestinians amid international silence. I made a mistake when I used a popular hashtag without thinking or awareness, under the pressure of those difficult times."

She stressed that "the offensive tweet did not express me or my opinions at the time, today, or at any time, and I did not hesitate to apologize for it and apologize to all those I offended from among the victims, and I hope that everyone who was harmed by that tweet will accept my apology."

She pointed out that "the campaign began after my preparation and my appearance in a BBC report talking about the price that celebrities around the world pay when they support the Palestinian cause, and as soon as the report was published, extremist groups supporting Israel dug up my Twitter account and promoted the offensive tweet."

Halawa said that the investigation conducted by the BBC caused psychological and physical harm.

And she added: "It saddens me that the BBC, instead of looking for ways to support, protect and defend me as a journalist who worked in their institution and has a distinguished professional record, decided to surrender to these groups, and my dismissal in itself was considered a success story for these campaigns whose actions aim to eliminate the voice of Palestinians, and any journalist who is critical of Israel, in public life and major media institutions around the world."

Halawa recalled, "Since I started working for the BBC in 2017, I have not faced any criticism about my professionalism or my journalistic work. On the contrary, I have always received many letters of thanks about my work, the last of which was my participation in covering the recent escalation in the Gaza Strip. In the end, the Foundation reduced all my years of work. My experience, thoughts and positions in one tweet do not express me and I did not hesitate to apologize for it with all possible words."