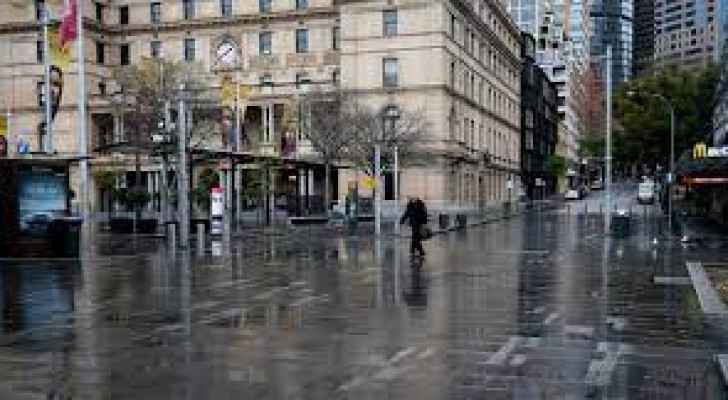 The Sydney authorities announced on Wednesday the extension of the closure measures imposed at the end of June for at least two weeks in the city of five million people, amid a resurgence of the Covid pandemic.

Despite the containment measures, 97 new cases were recorded in the last 24 hours.

Australia has managed to get the pandemic relatively under control thanks to a very strict closure of its borders, but its vaccination campaign has been very slow and has so far included less than 10 percent of the population.

"It always hurts to say that, but we have to extend the lockdown for at least another two weeks," New South Wales Premier Gladys Berejiklian said on Wednesday.

Unlike many countries trying to control the spread of the virus, Australia has opted for a zero-case strategy.

Sydney residents can currently only go out to buy necessities, get medical care, exercise or go to work if needed, but schools are closed and residents are encouraged to stay home.

Authorities have refused to impose tougher restrictions while some have criticized rules on "essential" activities that allow companies such as Ikea or Louis Vuitton to stay open.

Some neighborhoods are subject to stricter restrictions, especially in the suburb of Bondai, where an entire building was cordoned off after nine positive cases were discovered in it. The police guarded the entrances to the building to prevent residents from leaving.

The New South Wales Prime Minister did not rule out tightening measures and restrictions in the event of an increase in infection rates.

Australia, with a population of 25 million, has recorded more than 31,000 cases and 912 deaths attributable to COVID-19.