Experts speak about sudden power outages experienced in Jordan in May

Experts speak about sudden power outages experienced in Jordan in May 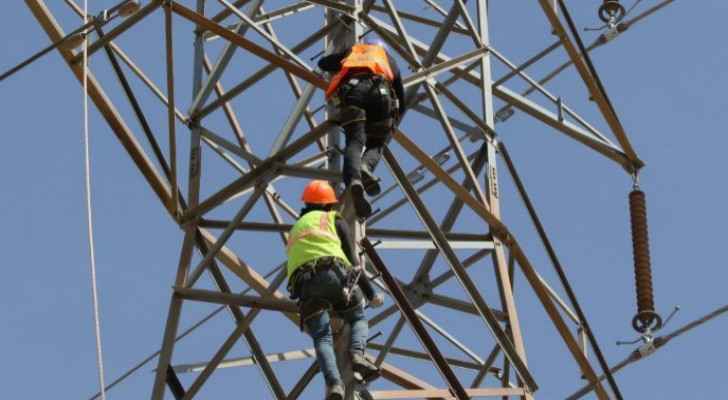 A parliament-sanctioned fact-finding committee on Tuesday announced that the wide power outage that occurred in Jordan on May 21 was caused by swings on the Jordan-Egypt electricity interconnection, whose exchange capacity abnormally oscillated between 70 to 300 megawatts (MW).

Initially, the committee could not determine what caused the power swings, as it later on ruled out the possibility of a deliberate act or a cyber attack.

"What happened is a physical condition and cannot be human-made.... if there were a cyber attack, it would have taken several days to be able to reprogram and restore the power supply," said Muhammad Friehat, the chief expert of the committee, while reading the final report to lawmakers.

The panel was set up by the Lower House's Committee on Energy following the several-hour blackout in May. Detailing the findings of the report, Friehat indicated that the exchange capability of the line dropped to 70MW during the incident before jumping again to 200MW.

However, the fluctuation continued to rise to 300MW which led to a swing in the voltage from a normal of about 390 kilovolts (KV) to 300KV posing a risk to the safety and stability of the whole power system, the expert explained.

Accordingly, he added, a decision was taken to contact the Egyptian side to cut off power supply. Notably, the Jordan-Egypt line has seen similar power swings in the past years. Friehat noted that such fluctuations were relatively low and would disappear within minutes and would happen once every two years.

However, the expert pointed out that the recent incident was a first of its kind where the exchange capability of the line hit 300MW before the outage.

The report said the response speed was "reasonable" and that the National Electric Power Company was able to restore supply via the Jordan-Egypt line as an alternative option after several failed attempts.

The committee recommended the hiring of a global firm to study and find more about the "power exchange swings."

British PM May to visit Jordan for second time this year

British PM May to visit Jordan for second time ....

British PM May to visit Jordan for second time ....

British PM May to visit Jordan for ....