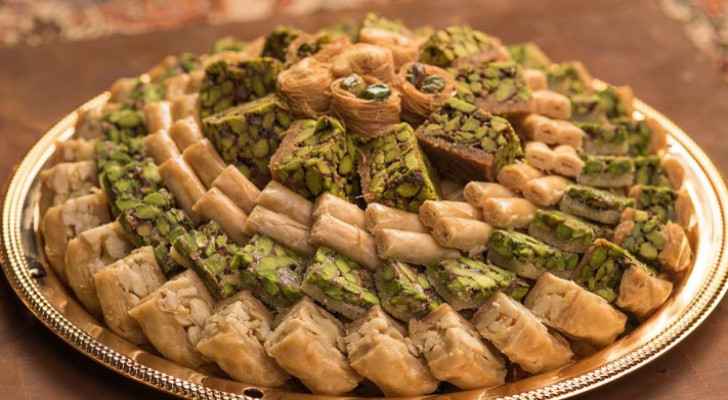 Local manufacturers affirm that the free trade agreement linking the United States of America and Jordan is of great importance to the economy.

They said that the agreement paved the way for the Jordanian industry to enter and be competitive in the American market. Due to their quality, many Jordanian products find themselves on American store shelves.

They emphasized that the most effective way to enter the American market is to know its needs, fulfill all the standards and requirements and highlight the qualities of the product to make them more appealing to the consumer.

The General Manager of the Adnan Al-Khodari Company (The Blue Mill), Ahmed Al-Khudari, said that the free trade agreement with the United States of America increased his company's exports, and drew the world's attention to Jordan as an export market for America.

He pointed out that his company has 14 distributors in various US states, providing products meeting the requirements of the American market, pointing out that the American Chamber of Commerce in Jordan held many courses for medium and small companies on the agreement and the American market, which contributed to their entry into this market.

He estimated the size of the opportunities that exist for the Jordanian economy in the American market which are still untapped, at about $4.5 billion, pointing out that Jordan is the first in exporting oriental sweets to the United States.

Al-Khudari, who is the vice president of the Amman Chamber of Industry, called on Jordanian manufacturers to increase their exports and enter the American market.

He added that the agreement includes conditions, which enabled the garment industry to attract huge investments, in addition to forging partnerships between Jordanian factories and large American companies.

And he indicated that the trade balance with the United States of America tends in most years in favor of Jordan, pointing out that there are large investments in the Kingdom, which will increase thanks to the efforts of His Majesty King Abdullah II and his relationship with Washington.

Dr. Abu Haltam, also a member of the Amman Chamber of Industry Board of Directors, pointed out that the Jordanian food industry is starting to break out in the American market, such as sweets, spices and canned goods, especially among the members of the Arab and Muslim communities.

He expressed his hope that the engineering and plastic industries will have more presence in the American market, pointing out that, according to the statistics of the Amman Chamber of Industry, 347 Jordanian companies are exporting to the United States.

The head of the East Amman Industrial Investors Association, Muhammad Zaki Al-Saudi, confirmed that the free trade agreement with the United States provided a great service to Jordanian manufacturers, especially for the clothing and chemical industries.

Al-Saudi, who also chairs the board of directors of the Jordan Valley Company for Food Industries (Al-Bayrouti), which was established more than four decades ago in the Marka region and specializes in the manufacture of canned goods, said that the Jordanian food industries could enter the American market with ease, even before the signing of the agreement and without customs restrictions.

Member of the Board of Directors of the (Petra) Company for Engineering Industries, Eng. Firas Abu Wishah, indicated that the agreement enhanced the competitiveness of Jordanian industries and increased sales. The main key to this is to determine the needs of the American buyer, taking into account the specificity of each state.

He indicated that the (Petra) company succeeded, by studying the requirements and standards of each of the American states to which it exports air conditioners, in terms of the nature of the consumer, construction, purchase format, temperature, humidity, income and other matters, which enabled it to design products that suit each state.

Engineer Abu Wishah pointed out that the free trade agreement with the United States, which was signed in 2000, and fully implemented in January 2010, helped the (Petra) Company in developing its exports to America, as about 50% of its products are destined to the American market.

The (Petra) company, which was established in 1987 and is located in the Muwaqar area, south of Amman, and is one of the largest Jordanian companies specialized in the manufacture of heating, ventilation and air conditioning equipment, and its products reach many markets around the world.

He called on Jordanian manufacturers to search for what gives their products a competitive advantage, be in line with the conditions and standards of the American market, and to define the target audience accurately and professionally.

The owner of the Rebhi Allan Jewellery said that the Corona pandemic forced people to stay in their homes and hold their various events there, especially the Arab community in various United States of America.

He added that this increased the demand for jewellery, especially of Arab and oriental designs, gave an opportunity for Jordanian workshops and factories to make designs that meet the requirements of the American citizen of Arab origin there.

Allan indicated that Jordanian jewellery exports increased significantly during the current and previous years, thanks to the free trade agreement with the United States of America.

According to statistical data, the Amman Chamber of Industry’s exports of jewellery to the United States increased during the first quarter of 2021 to 30 million dinars, compared to 10 million dinars for the same period last year 2020.

Exports resume from Gaza as Israeli ....