The latest in IOF violence across West Bank

The latest in IOF violence across West Bank 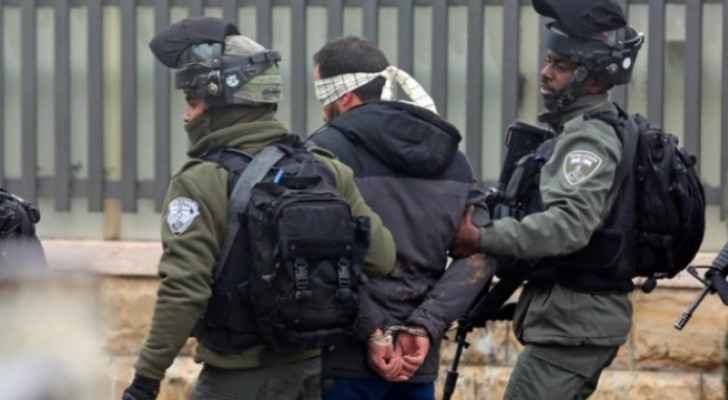 At dawn on Monday, six Palestinian civilians were wounded with live bullets during violent confrontations that erupted with the IOF in the city of Jenin.

15 civilians were arrested from different areas in the occupied West Bank.

The Palestinian Red Crescent Society said in a statement that six civilians were wounded by live bullets in the foot, hand and chest area, including a girl injured by bullet to her left foot while she was inside her house. They added that the occupation forces fired live bullets at the civil defense vehicles parked in front of its headquarters in the city, and damaged four of them, in addition to the electrical transformer, which led to a power outage in Jenin for several hours.

The Palestinian Prisoners Club indicated that the occupation forces arrested 15 Palestinian citizens after raids, searches and heavy shooting in the cities of Qalqilya, Jenin, Salfit, Hebron, Nablus, Ramallah and Al-Bireh, claiming that the individuals are wanted.

In other news, extremist Jewish settlers attacked a Palestinian house in the village of Burin, south of Nablus, in the northern occupied West Bank. Ghassan Daghlas, the official in charge of the settlement file in the northern West Bank, said that more than 50 settlers tried to storm the house of the late Umm Ayman Soufan, who was nicknamed the Guardian of the Mountain. He added that the villagers ran towards the house, removed the extremist settlers and prevented them from storming in. Daghlas pointed out that the settlers' attack came after the occupation removed a tent that had been erected there for them.