Branson flies to edge of space, calls trip 'experience of a lifetime' 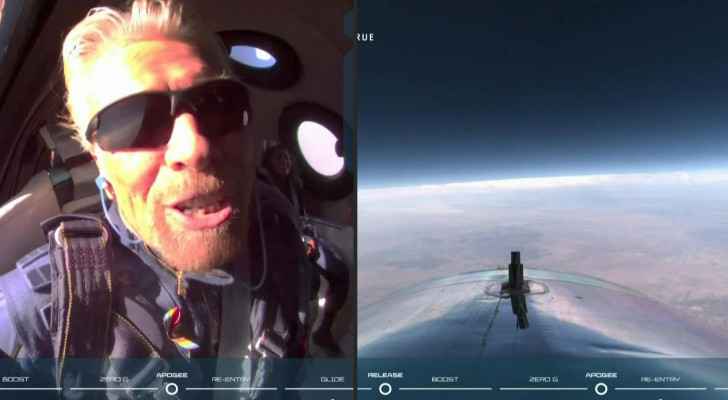 British billionaire Richard Branson called his trip to the edge of space the 'experience of a lifetime' as he made a successful landing following his trip to space on Sunday.

He took off from a base in New Mexico aboard a Virgin Galactic vessel bound for the edge of space, a voyage he hopes will lift the nascent space tourism industry off the ground.

A massive carrier plane made a horizontal take-off from Spaceport, New Mexico at around 8:40am Mountain Time (1440 GMT) and ascended for around an hour to an altitude of 50,000 feet (15 kilometers).

The spaceplane carried two pilots and four passengers, including Branson.

The passengers experienced weightlessness as they reached space for several minutes before the craft returned to Earth.

"It's a beautiful day to go to space," the brash Brit wrote in a tweet earlier where he posted a video of himself biking to the base and meeting with his crewmates, all Virgin employees.

Earlier, he posted a picture of himself standing in a kitchen with SpaceX boss Elon Musk, who would come to show his support.

Several tourists journeyed to the International Space Station in the 2000s, but on Russian rockets.

Branson's official role is to evaluate the private astronaut experience to enhance the journey for future clients.