Erdogan: No peace as long as Israeli Occupation continues policies of occupation and annexation

Erdogan: No peace as long as Israeli Occupation continues policies of occupation and annexation 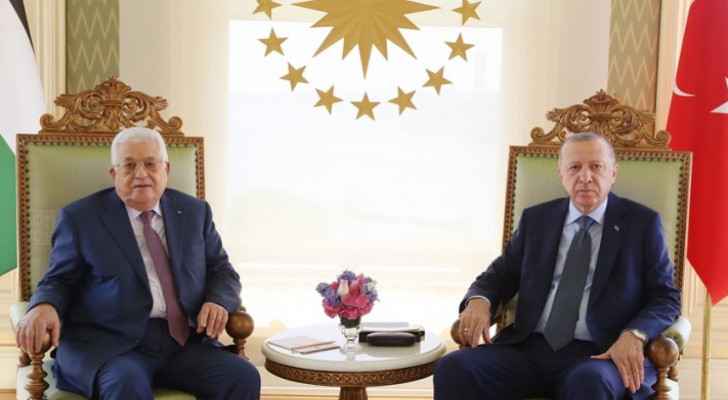 Turkish President Recep Tayyip Erdogan stressed Saturday that it is not possible to establish lasting peace and stability in the region, as long as the Israeli Occupation continues its policies of occupation and annexation of lands.

The Turkish Presidency's Communication Department said in a statement that President Erdogan and his Palestinian counterpart Mahmoud Abbas held a bilateral meeting and another at the level of delegations, at the "Wahid al-Din" Palace in Istanbul.

The statement indicated that the two presidents discussed ways to strengthen Turkish-Palestinian relations, in addition to regional developments.

During the meeting, Erdogan stressed that Turkey will not remain silent about the Israeli injustice in Palestine.

He expressed his gratitude for the course of positive relations with Palestine at all levels, especially the economy, trade, culture, education and tourism.

He added that Turkey will continue to support the internal Palestinian reconciliation process.

Friday, a statement by the Turkish Presidency Communication Department said that Abbas' visit will continue between July 9 and 11, to discuss bilateral relations between the two sides in all respects.