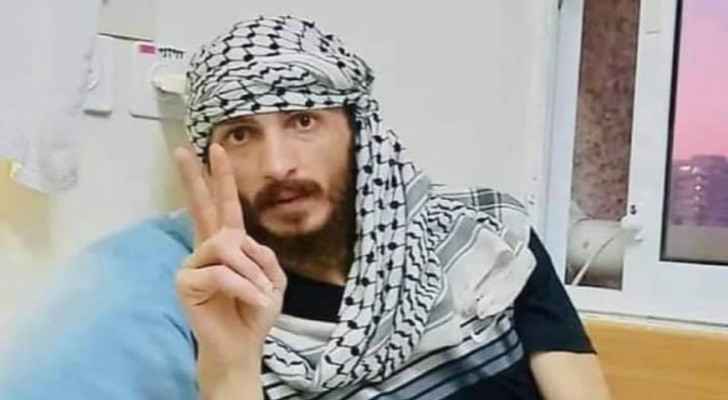 An expert in the affairs of prisoners in the occupation prisons, Munqith Abu Atwan, confirmed Saturday that the liberated Palestinian prisoner, Ghazanfar Abu Atwan, is now receiving treatment in the intensive care unit in a Ramallah hospital.

He said Ghazanfar lost a lot of weight during his hunger strike, and as a result suffers from many health problems, but his health condition has begun to improve, as the medical staff in the hospital are giving him special care.

However, he is also the first prisoner in the history of the Palestinian struggle to be attacked by the occupation authorities during his hunger strike, although this contradicts international laws and norms, and with the laws of occupation itself.