Israeli Occupation will not change classification areas of the West Bank: government

Israeli Occupation will not change classification areas of the West Bank: government 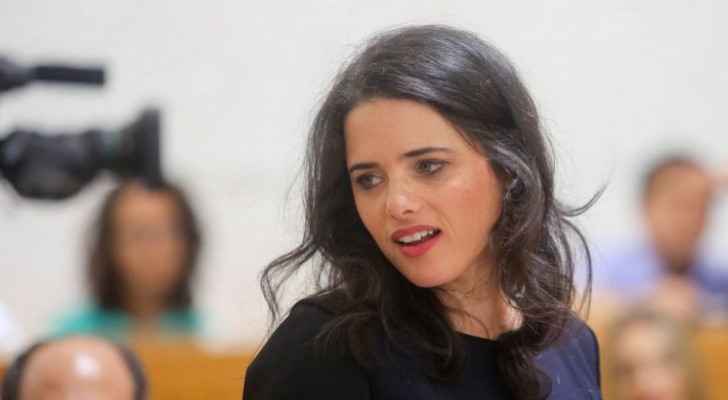 Israeli Occupation Interior Minister Ayelet Shaked said Friday that the new government will not change the A,B,C classification of areas in the West Bank, even if there is an American request in this regard.

Shaked added, during an interview with the newspaper "Israel Hayom", that the government will not freeze settlements in the West Bank, and "certainly not in Jerusalem," as she put it.

Shaked played down the opposition of the alternative prime minister and foreign minister, Yair Lapid, to the legalization of the "Aviatar" outpost, saying that Prime Minister Naftali Bennett and Defense Minister Benny Gantz will abide by the agreement with the settlers.

Two weeks ago, the settlement subcommittee of the Israeli Civil Administration approved settlement projects in the West Bank, which are the first projects to be officially approved under the new Israeli Occupation government, headed by Naftali Bennett.

This comes after the settlement subcommittee convened for the first time in seven months, and approved limited settlement projects, which included building a school, synagogues, and Torah schools, building a commercial complex, and building new housing units in the settlement of "Yitzhar."

In addition, the committee approved the construction of housing units in the "Yitzhar" settlement, and other settlement sites whose locations have not been announced. According to Israeli Occupation media, there is talk of approving 31 plans in the subcommittee that specializes in approving detailed plans for construction in settlements and the occupied territories.

Despite the subcommittee’s approval of dozens of settlement plans, the settler leaders expressed their interest in the convening of the Higher Planning Committee of the “Supreme Planning Council,” through which large settlement projects of the settlement councils in the West Bank are approved, as the committee has not convened since January Last January.