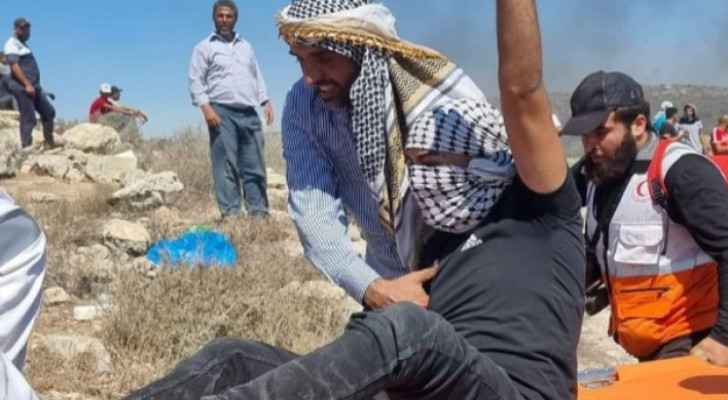 Dozens of Palestinians were injured Friday after the IOF violently confronted people in Jabal Sabih in Beita, south of Nablus.

Ahmed Jibril, the ambulance and emergency official in the Palestinian Red Crescent, said that the Palestinian Red Crescent crews dealt with 84 injuries of various kinds. Eight injuries were sustained from live bullets, one of which was a young man in his twenties in the chest area who was transferred to Rafidia Governmental Hospital for treatment.

Jibril added that the occupation forces directly targeted the emergency and ambulance crews, as a result of which one of the volunteers was hit by a rubber bullet in the chest.

63 Palestinians injured during confrontations with IOF in ....