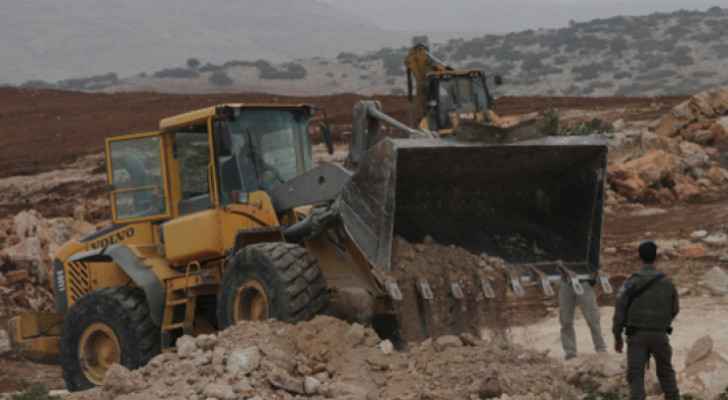 Today, Israeli occupation forces bulldozers razed a road that leads from the bypass road from Itamar settlement to the eastern neighborhood of Rojib village, east of Nablus.

Ghassan Daghlas, the official in charge of the settlement file in the northern West Bank, said that the forces began razing this bypass road, which reached the eastern region of Rujeib, to Khallet al-Abr. The road is approximately three kilometers long and five meters wide.

Daghlas added that there is a real fear from the Palestinian citizens of a settlement expansion in the area, especially since the Israeli occupation forces had notified two weeks ago more than twenty-five homes in this area to evacuate under the pretext that they were building without a permit.

He indicated that the settlers tried in 1976 to establish a settlement in this area, but their attempts failed because of the citizens' insistence on refusing to allow settlements in the area.