Israeli Occupation blows up house of Palestinian prisoner in Ramallah 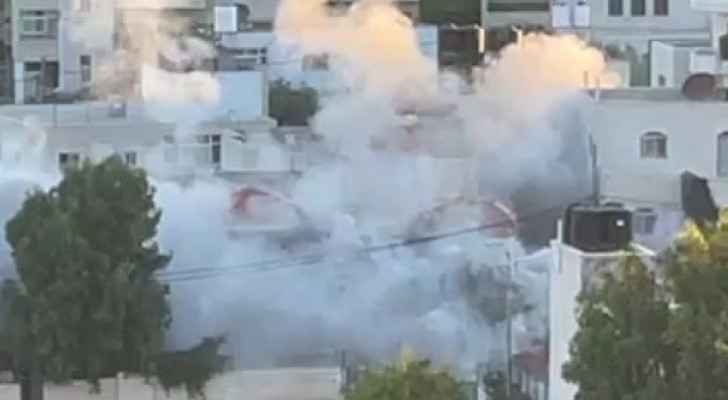 At dawn on Thursday, the Israeli Occupation forces blew up the house of the prisoner Montaser Al-Shalabi in the town of Turmusaya, north of Ramallah in the occupied West Bank.

Local sources said that the IOF stormed the town of Turmusaya and raided the house of the prisoner Shalabi and began evacuating the neighboring houses in preparation for its demolition.

They added that the occupation forces placed large quantities of explosives inside the house before detonating them and completely destroying the house.

Wednesday afternoon, the Ministry of the Israeli Occupation Army, at the request of the United States of America, decided to postpone the demolition of the house of the prisoner Montaser Shalabi.

The Hebrew Channel 13 said that the postponement came to avoid of a crisis in relations with the United States, as Washington requested a halt to the demolition of the house, as Al Shalabi holds American citizenship and is a businessman.

The channel indicated that, at the request of the Americans, it was decided to reconsider the demolition, even though according to the occupation army, Montaser Al-Shalabi's house was bound to be destroyed eventually.

Muntaser Shalabi, 44, carried out a shooting at the Za'tara checkpoint in Nablus about two months ago, killing a settler and wounding others.