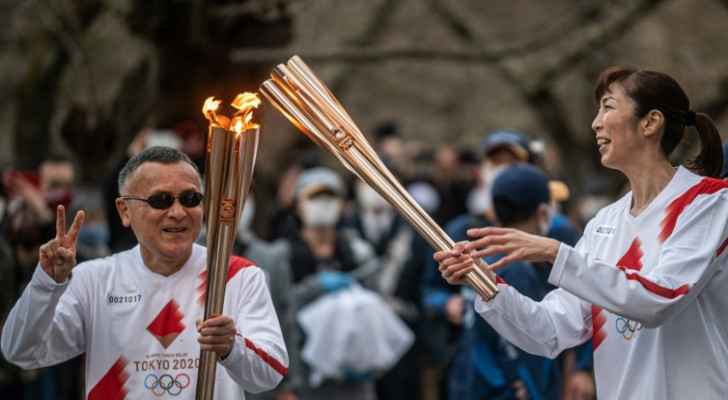 Many rich countries have begun lifting restrictions thanks to successful vaccination campaigns, but the director of the World Health Organization warned that the pandemic is still at a "very dangerous stage."

The need for caution has emerged in recent weeks as booms spread across the Asia-Pacific region, forcing the authorities to re-impose restrictions as they seek to limit the spread of the virus and find ways to speed up vaccination programs.

The government imposed more restrictions across the archipelago, following previous closures on the capital, Jakarta, and some areas.

"Infections are also rising in other areas and we must pay attention to the capabilities of hospitals," Minister Arlanga Hartarto said, adding that "facilities in those areas are limited and overcrowded."

The new restrictions will apply to dozens of cities in the vast country of about 270 million people and swept by the highly contagious Delta mutant that was first detected in India.

Infections with the Delta mutant caused the re-imposition of restrictions in Australia, especially in its largest city, Sydney, where, on Wednesday, the closure imposed on five million people living in the city was extended for at least another week.

"The delta mutant has changed the data, it is highly contagious," said Gladys Berejiklian, Premier of New South Wales, of which Sydney is the capital.

Australia has largely avoided the worst fallout from the virus since its emergence, but the government is facing mounting pressure over the slow pace of vaccination.

"The survival of the virus is still terrifying," said Mino de Moel, 44, at a vaccination center in Sydney where he was receiving his first dose. "We hope that this will be the last lockdown, but on the other hand everything that is necessary must be done."

- Implications for the Olympics

Organizers of the Tokyo Olympics, which were previously postponed for a year, also remain concerned about the virus as they work with authorities to find ways to safely host one of the world's largest sporting events, just over two weeks before it begins.

Wednesday, officials announced the cancellation of the Olympic torch relay on the streets of Tokyo to prevent people from gathering.

Local media reported that the Japanese government intends to declare a new state of emergency in Tokyo that will continue throughout the Olympic Games.

The measures are likely to affect the number of fans who can attend the Olympic events.

But in London, the semi-finals and final of the European Football Championship (Euro 2020) will be held this week, with 60,000 fans allowed to enter Wembley, despite Britain's record of a rise in the number of cases.

However, vaccination campaigns have contributed to halting the rise in deaths or hospital occupancy rates.

Prime Minister Boris Johnson announced the abolition of the majority of virus-related restrictions such as masks and social distancing at home in England. But other provinces, such as Scotland, Wales and Northern Ireland, are progressing more slowly.

In France, the government again called for a "widespread" vaccination campaign against the virus, considering it a "trump card" in dealing with a "possible and rapid fourth wave" with the outbreak of the mutated Delta.

- Those who refuse to wear masks -

Despite the progress made in some regions of the world, the pandemic is still at a "very dangerous stage," said WHO chief Tedros Adhanom Ghebreyesus on Tuesday.

"The countries in the process of lifting the closure of their societies are those that have largely controlled the supply of emergency materials such as personal protective equipment, detection tests, oxygen, and especially vaccines," he said.

"In the meantime, countries that do not have adequate access to these products face an influx of hospitals and waves of deaths. It is made worse by the mutations of the virus."

The virus has killed about four million people in the world.

The organization said that it still needs about $17 billion in funding to fight the pandemic, not only to secure vaccines but also preventive equipment, detection tests and the few treatments available.

Even in rich countries that have successful vaccination programs, the authorities are aware that the resurgence of the virus has forced some restrictions to remain in place, such as the mandatory wearing of masks on flights in the United States.

But an American Airlines flight from North Carolina to the Bahamas was postponed for a day after about 30 teenagers refused to wear masks, US media reported.

"It was bad. First they were screaming. They were swearing," eyewitness waiter Malik Banks told local radio.

"They behaved very reprehensiblely," he added.

Putin calls for mutual approval of ....