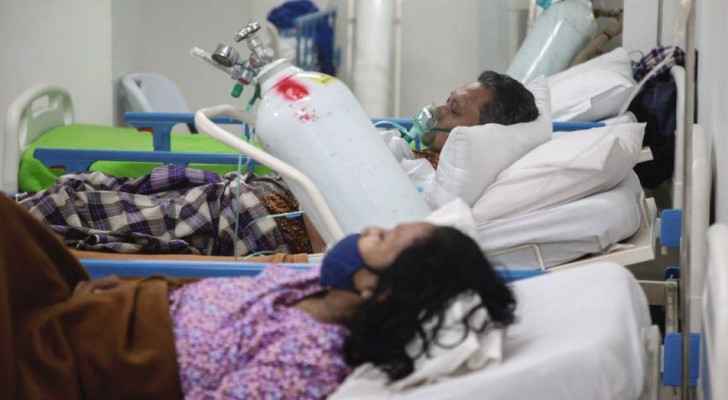 Indonesia decided Wednesday to expand nationwide restrictions in response to the strongest wave of the COVID-19 outbreak yet, as the government warned that the worst was to come.

The new measures will apply to dozens of cities and extend from the island of Sumatra in the west of the country to the far east in Papua, while the Delta mutant spreads in the archipelago in Southeast Asia.

Notably, Indonesian authorities have started using water cannons as a new method to enforce preventive measures against the coronavirus, and to punish violators of the measures.

On Tuesday, the country recorded a record daily death toll from the Corona virus, which amounted to 728 cases, while the number of new infections exceeded 31,000, at a time when it is trying to deal with the Corona wave, the most deadly on its soil since the emergence of the epidemic.

"Infections are also rising in other regions and we must pay attention to the capacity of hospitals" there, Minister Arlanga Hartarto said, adding that "the government has decided to expand restrictions" until July 20.

Tuesday, Indonesia recorded a record daily death toll from Covid, which reached 728, while hospitals are suffering from the most deadly wave of the epidemic to date.

Jakarta announced that it will receive about 10,000 oxygen concentrators from Singapore. The authorities are also communicating with countries, including China, for assistance.

Monday, the Indonesian authorities also requested that all available oxygen be sent to hospitals overwhelmed with Covid patients. Oxygen producers were asked to transfer their stocks to the private sector.