Settlers injure dozens of Palestinians while storming town in Hebron

Settlers injure dozens of Palestinians while storming town in Hebron 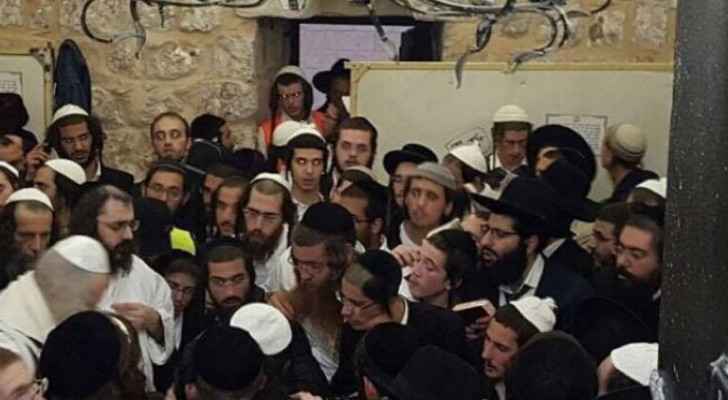 Dozens of Palestinians were injured Sunday by Israeli Occupation Forces (IOF) who shot bullets at Palestinians as Zionist settlers stormed the town of Halhul, Hebron.

The IOF confirmed that scores of armed settlers stormed into the Nabi Yunis Mosque, located in the Palestinian-controlled Area A, provoking confrontations with Palestinian residents.

The IOF opened fire towards Palestinians protestors only, injuring six Palestinians with rubber-coated steel bullets and causing dozens others to suffocate from the blasting of tear gas.

All those who were injured were rushed to nearby hospitals for treatment. The suffocation cases were treated at the scene.

Considered the highest inhabited place in Palestine, Halhul extends over a mountainous plain north of the Hebron mountains.

The Israeli Occupation uses archaeology as a key tool to reinforce its 'bogus' territorial claims to historic Palestine.

It also used the Jewish nationalist area names such as “Judea" and "Samaria” to refer to the occupied West Bank, therefore reinforcing their claims to the land, and to give them a veneer of historical and religious legitimacy.

There are over 700,000 settlers living in illegal colonial settlements in both the West Bank and East Jerusalem.