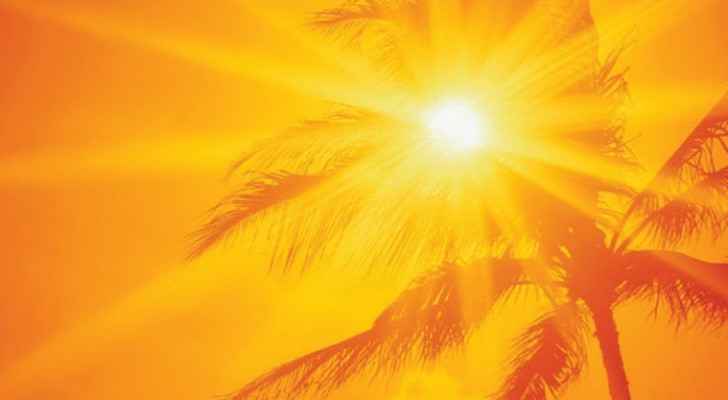 Experts have predicted that temperatures will rise in the Northern Hemisphere this century at "unprecedented" rates as a result of climate change.

The northwestern regions, including the United States and western Canada have witnessed record temperatures in recent days, reaching 49.5 degrees Celsius at times, causing hundreds of fires and deaths and forcing the residents of a small village in Canada to flee from the scorching heat.

New Yorkers have been asked not to use high-powered appliances, such as washers, dryers, and even air conditioners, in order to relieve stress on power grids.

CNN said Canada and other areas of the northern hemisphere were increasingly "uninhabitable."

Other regions around the world from Russia, India and Iraq also experienced similar waves.

The chief executive of the UK's Royal Meteorological Society, Liz Bentley, said the significant high pressure we are seeing is "a result of the jet stream" (fast-moving air currents that occur at high altitudes).

The expert explained that the formation of the jet stream prevents weather systems from moving efficiently along their natural path from west to east, which led to the occurrence of "unprecedented" temperatures that smashed records.

If not for human-caused climate change, extreme heat in the northwestern United States or southwestern Canada would have occurred "once every tens of thousands of years," said Nikos Christidis, a meteorologist at the British Met Office. But, this is now occurring once every 15 years.

He warned that if greenhouse gas emissions continue, the spike in temperatures may occur "every year or two by the turn of the next century", i.e. the year 2100.