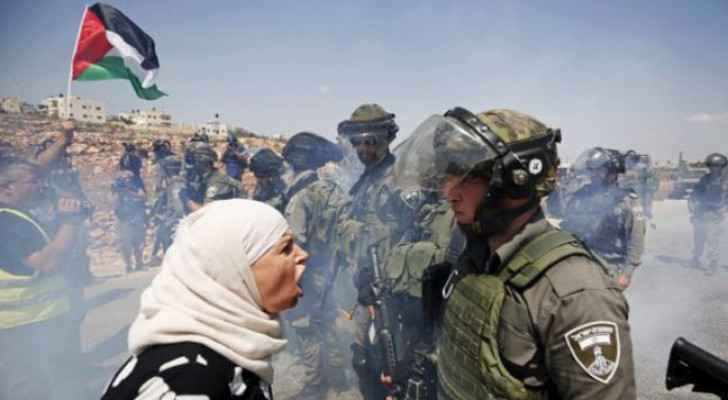 A new hashtag, '#COVID_48' has taken Twitter by storm Sunday, as activists stood in solidarity with Palestinians while comparing the Israeli Occupation to the coronavirus.

Activists called on social media activists and pro-Palestinian supporters alike to use the hashtag in a campaign beginning July 5 at 7pm to reveal the true identity of the Israeli Occupation, and to shed light on the plight of Palestinians who are commonly met with radio silence by the hands of the international community.

But it looks like many people started the campaign early, as the hashtag has already topped the trending chart on Jordanian Twitter.

They used the term 'COVID_48,' citing the 1948 Palestinian lands currently occupied by the Israeli Occupation, a move deemed illegal under international law.

An activist, identified as Ayman Keshek tweeted, "While the world began to return to its normal life and the curfew was lifted from most countries of the world, the people of Sheikh Jarrah neighborhood are still under siege and the illegal closure continues."

Keshek tweeted once more, truly showing his support of Palestine. He wrote, "The number of those who died in the coronavirus pandemic within a month or more, the occupation killed twice as many in a single massacre committed against the Palestinian people."

During the 11-day aggression by the Israeli Occupation on the Gaza Strip in May, a total of 260 Palestinians were killed - many of whom were children and women.

Another Twitter activist compared the Zionist occupation to COVID-19. "[The Israeli Occupation] is a virus that Palestine is infected with since 1948 yet not a single vaccine was found to get rid of it."

Activist Ahmad Al-Dahrawi questioned the silence echoing in the world right now. He asked, "Where are the human rights organizations about this epidemic that has been killing the Palestinian people for more than 73 years!"

He continued, posting a picture of the young Mohammad Abu Khudair, who was killed earlier Sunday by Zionist settlers.

"Mohammad Abu Khudair is a Jerusalemite child who was kidnapped by the settlers of the Zionist entity, who tortured and burned him after they poured gasoline in his mouth. An pandemic more deadly than the coronvirus pandemic."