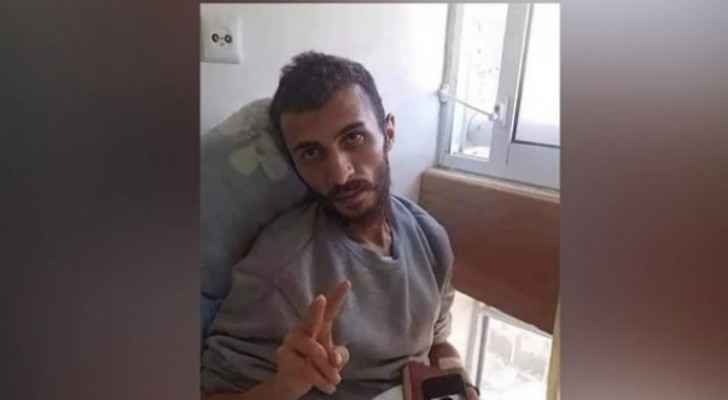 Saturday, the Palestinian prisoner Ghadanfar Abu Atwan, 28, from the town of Dora in Hebron, has exceeded that 60-day mark of his hunger strike in protest against his administrative detention.

The Palestinian Prisoners Club released a statement saying that despite Abu Atwan's strike lasting two months and the fact that his deteriorating health, the Israeli Occupation authorities are yet to provide a suitable and just solution to his case.

The Supreme Court of the Israeli Occupation had issued a decision to freeze his administrative detention, making him an 'unofficial prisoner' in the hospital under the protection of hospital security instead of prison guards.

Notably, Abu Atwan has been imprisoned multiple times in the past and went on one other hunger strike in protest against his administrative detention.