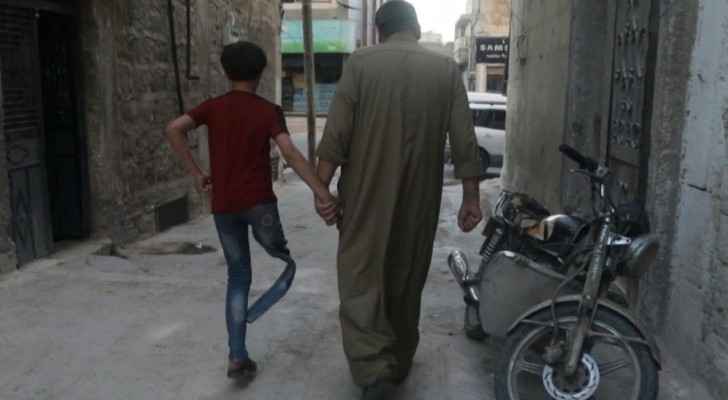 In a camp in northwestern Syria, Mohamad al-Abdullah relies on UN aid to treat a spinal injury that could have left him paralysed -- had it not been for cross-border assistance.

However, with Russia indicating it wants to shut the region's last aid crossing during a UN Security Council vote in the next two weeks, the 17-year-old and millions like him risk losing a vital conduit for life-saving assistance.

Abdullah who was injured and displaced from Deir Ezzor said "I was hit by several pieces of shrapnel in my body, including a piece of shrapnel in my back next to my spine. We tried everything but.... if it moves just a millimeter, I'll be paralyzed."

He explained that "The closure of the border... it will affect all of my medicine. All of my medication comes from abroad through the crossing, it comes from Turkey and other countries. If the crossing closes, I'll just sit here in this tent, unable to move, because if it wasn't for my medicine, I wouldn't be able to stand up from the pain."

Mustafa Shaaban, who was displaced from Aleppo and currently lived in Al-Bab said "Ahmad (his son) was with me in the car when Russian planes hit us. He was directly next to me, his brother was next to him, and his brother-in-law was by the window. A missile hit on the right side of the car... it was a lorry... his brother and brother-in-law were both killed and his leg was amputated."

He added that "If the crossing closes and we don't get this medicine... I mean, without the medicine for my nerves, I can't handle the pain. It's become very expensive. We're getting aid."

Ahmad Hamra, who is a double amputee who was displaced from Aleppo, said "My brother and I were hit by an airstrike. My brother was killed and I lost both of my legs. After my legs were blown off, I spent three hours on the ground. No one could help us because the enemy was next to us. They thought were were corpses."

He continued saying "If they close the Bab al-Hawa border crossing it will be really hard for us, we all need medical aid. I can't afford to buy regular medicine. We get our medicine (for free) from clinics."