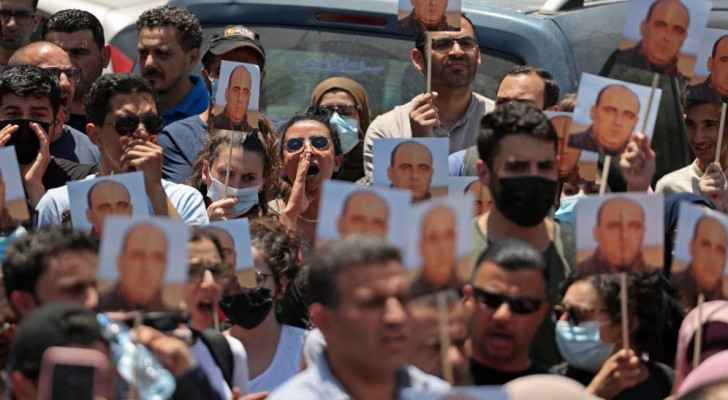 The General Political Commissioner, and spokesman for the Palestinian security services, Major General Talal Dweikat, announced Wednesday that the head of the military judiciary has received the initial report from the committee formed by Prime Minister Muhammad Shtayyeh, and the report of the Civil Prosecutor following the launch of preliminary investigations into the death of the political activist Nizar Banat, who was assassinated by Palestinian Authority (PA) security personnel during his arrest.

In statements to WAFA, Dweikat added that the Military Prosecution will immediately begin investigating the case from all aspects.

He indicated that the military judiciary is an independent judiciary in its will with full investigative procedures and arrests.

The military judiciary will facilitate a fair trial with guarantees derived from Palestinian law and legislation, said Dweikat, noting of the keenness of the Palestinian President Mahmoud Abbas, to ensure justice is served.

Abbas instructed all procedures to be impartial and independent from beginning to end.

Dweikat said that the Military Prosecutor has started looking into the file, and will announce and publish the full procedures and details of the results after investigation procedures are completed.

Both the Independent Commission and Al-Haq Foundation for Human Rights joined the investigation committee.