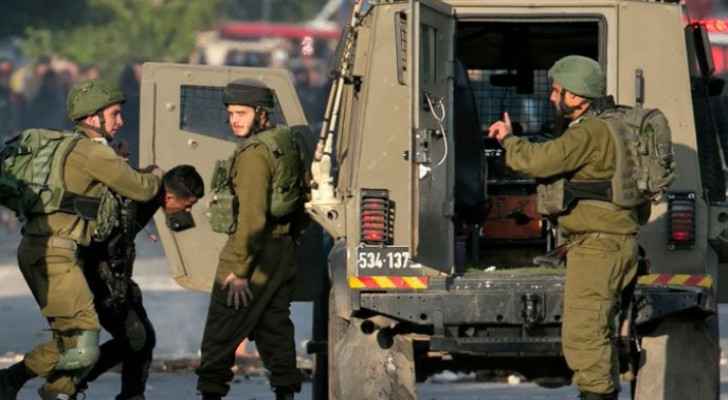 A Palestinian youth was shot by the Israeli Occupation Forces (IOF) Wednesday, after they provoked clashes with Palestinians in the Dheisheh refugee camp.

Five other Palestinians were arrested from the camp and from the villages of Husan and Artas in Bethlehem.

Security sources told the official Palestinian News Agency, that clashes erupted between the youths and the IOF after they stormed the camp, during which live and rubber bullets and tear gas were fired, wounding a young man.

The young man suffered from live bullet wounds to the foot and was taken to a local hospital for treatment.

The sources added that during the storming of the camp, the IOF arrested Maher Muhammad Al-Walji (18 years old) and Muhammad Wael Manna (17 years old), after raiding and searching their families' homes.

25-year-old Palestinian dies of wounds sustained by IOF in ....