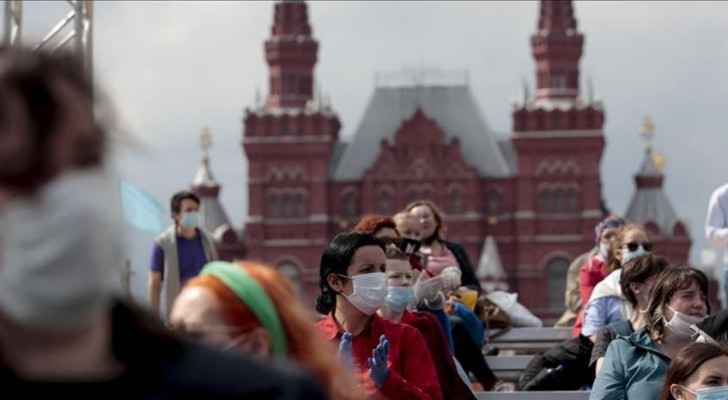 The highly contagious Delta mutant, which was first detected in India, has now spread to at least 85 countries, according to the World Health Organization, which raises fears of new epidemics despite vaccination campaigns, and eliminates the possibility of a return to normal life.

More than three billion doses of COVID-19 vaccines have been administered worldwide, according to a count compiled by AFP on Tuesday.

In total, the Coronavirus has killed 3,932,561 people in the world and infected more than 181 million people since late 2019, according to a census conducted by Agence France-Presse based on official sources on Tuesday. The World Health Organization says that the actual numbers may be two or three times greater than the officially announced outcome.

Tuesday, Russia announced 652 deaths from Covid-19 in the last 24 hours, in the worst daily toll since the outbreak of the pandemic began on its soil. The country also recorded more than 20,000 new infections. The latest record number dates back to late December, during a violent second wave.

Saint Petersburg also counted 119 deaths, which is the worst toll recorded by the city, as well as Moscow, the epicenter of the epidemic, with 121 deaths. And the two largest Russian cities had already exceeded previous records at the end of last week and Monday, despite the imposed health measures (return to remote work for part of employees and mandatory vaccination of workers in the service sector). But the authorities do not intend to impose a general closure in order to preserve the economy.

On Tuesday, Germany closed its borders to travelers from Russia and Portugal, with the exception of German citizens and permanent residents.

Home and Sports Minister Horst Seehofer called on the British government and the European Football Association to reduce the number of fans admitted to Wembley Stadium in London, to attend the final matches of the European Cup in football.

"I consider it irresponsible for tens of thousands of people to gather in confined spaces in countries classified as dangerous because of the highly contagious Delta mutant," Seehofer said in an interview with the newspaper "Augsburger Allgemeine" published on Tuesday. But he did not mention Russia.

This request comes hours before the expected match between Germany and England at Wembley Stadium in the final price matches, which will be held in front of approximately 45,000 spectators, which is equivalent to half the stadium's capacity.

Despite the high number of infections, the British government maintained its goal of lifting the latest health restrictions still in effect on July 19.

Australia, which has so far been praised for its handling of the pandemic (910 deaths out of about 30,000 infections), is also facing the spread of the Delta mutation due to a loophole in the quarantine arrangements for travelers from abroad.

About 10 out of 25 million Australians have been instructed to self-quarantine in several cities.

After the residents of Sydney, Darwin, and Perth, went into quarantine Sunday, residents of Brisbane and several other areas in the province of Queensland are also being told to stay in their homes, starting from Tuesday evening for three days.

"The decision to quarantine was made in the big cities because the virus enters with arrivals from abroad."

The epidemiological focus remains the largest in Sydney, where 150 people have been infected. The closure was imposed in the largest Australian city on Sunday for a period of two weeks.

In India, corpses of COVID-19 dead wrapped in saffron-colored linen float on the surface of the river Ganges, sacred to Hindus.

In April and May, cemeteries and crematoria in India were overflowing with the bodies of Covid victims. Because of the lack of facilities or capabilities, many families in the north and east of the country dumped the bodies of their children in the Ganges or buried them in shallow graves on its sandy banks. However, the monsoons and heavy rains caused floods and displaced a large number of bodies.

Kremlin rejects US accusations over ....