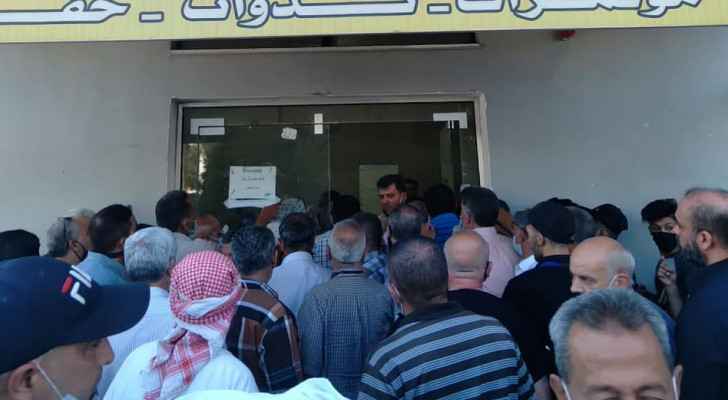 The Governor of Irbid Radwan Al-Atoum told Roya that the vaccination centers witnessed a huge turnouts Tuesday when announcing the availability of the Pfizer vaccine, as vaccination halls witnessed major overcrowding for a while.

Atoum said order has returned to the halls, but the streets surrounding the centers remain overcrowded.

Citizens in Jordan prefer the Pfizer vaccine over others, such as Sionpharm, due to its high recognition in most countries of the world, especially in the Arab Gulf countries, unlike Sinopharm, which Saudi Arabia has not adopted so far.

If citizens have been vaccinated by vaccines not recognized by other countries, travel complications may arise.

Notably, the Director of Irbid Health, Riyadh Al-Shayyab, said that there was Internet outages and weakening due to the Tawjihi exams, which caused a slow pace of vaccination procedures in the centers scattered across the city, noting this also caused overcrowding large in vaccination centers.

Al-Shayyab indicated that due to the outages, vaccination center workers were not able to access registration data on the COVID-19 vaccination platform, noting that this caused delays as workers in the centers could not give citizens the vaccine unless they ensured that they were not infected with the coronavirus to maintain their safety.