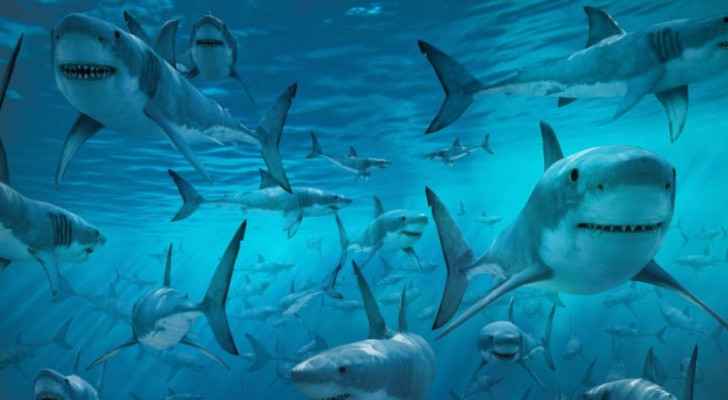 An official at the College of Marine Sciences, Muhammad Khalil Al-Zabada, said that the presence of sharks near the shores of Aqaba is ‘very rare.’

He told Roya that sharks are found in all the seas of the world, and in the Red Sea there are many types of sharks, but their presence in the Aqaba region is very rare.

He pointed out that he did not receive any information about the incident of a shark attacking a young man in his thirties in Aqaba.

Zabada indicated that sharks do not usually approach shores, but are found in deep areas of the sea.

Earlier Sunday, the head of the Aqaba Special Economic Zone Authority (ASEZA) Nayef al-Bakhit announced that a committee was formed to investigate information circulating about citizens being attacked by a shark in Aqaba Friday evening.

Bakhit told Roya that the committee will issue a detailed statement about what happened as soon as they complete the investigation process.

Regarding news about sharks attacking a boat, Bakhit said that ASEZA was not informed and no sharks were seen in the Gulf of Aqaba Sunday.

Bakhit stressed that the Royal Jordanian Navy continues to guard beaches, stressing that tourism and swimming activities in Aqaba are continuing normally.

According to Roya's correspondent, eyewitnesses said that a speedboat was attacked by sharks without causing any human injuries.

A young Jordanian man was attacked by a shark in Aqaba while practicing parachuting Friday.

AND thwarts attempt to smuggle 1.5 kilograms of crystal ....

Man killed after truck overturns in ....

Russian tourists flock back to Egypt's ....