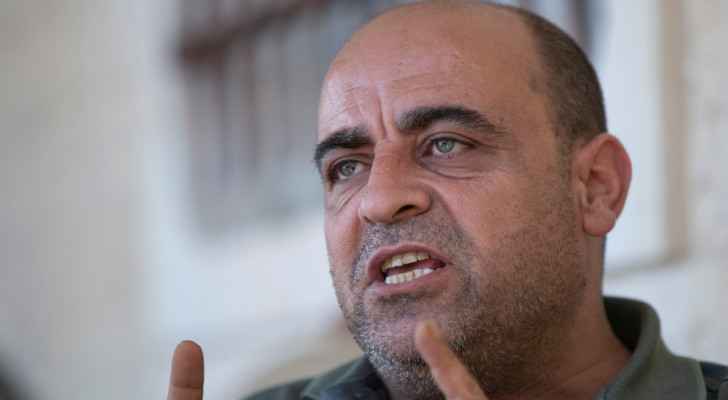 The Independent Commission and Al-Haq Foundation for Human Rights announced Thursday that the autopsy of the Palestinian activist, Nizar Banat, showed injuries represented by bruises in many areas of his body, adding that the cause of his death has been determined as "unnatural."

The two human rights organizations confirmed during a press conference, regarding preliminary investigations into the circumstances of the death of Banat during his arrest by Palestinian Authority (PA) security services in Hebron, that the autopsy results showed injuries to the head, neck, chest, back, upper and lower limbs, with the presence of binding marks on the hands and fractures on his ribs.

Dweik called for the opening of a criminal investigation into the death of Banat, as well as the amendment of legislation related to arrests and investigations, the release of all prisoners of conscience and the opening of the field for freedom of expression and public freedoms.

Earlier Thursday, the Palestinian Prime Minister Muhammad Shtayyeh instructed the formation of an immediate and impartial investigation committee into the death of human rights activist Banat, after he was arrested by security forces at dawn.

Banat's family says he was assassinated.

Notably, the General Political Commissioner, spokesman for the security services, Talal Dwaikat, said there was no objection to the participation of human rights institutions in the investigation committee, stressing that the government is ready to take any measures that result from the findings of the committee in this regard.

He explained that the investigation committee would be headed by the Minister of Justice Muhammad al-Shalaldeh, and would also include a representative of the Independent Commission for Human Rights, a doctor representing the Banat family, and Maher al-Faris from Military Intelligence.

He stressed that the committee will begin its work immediately to search, investigate and determine the causes of Banat's death, and will depend on the results of the autopsy, and will listen to the testimony of his family, eyewitnesses and officials.

He stressed that the committee will be provided with all the data and details that will enable it to advance its work, in order to expedite the disclosure of the truth and present it fully and with all credibility to public opinion.