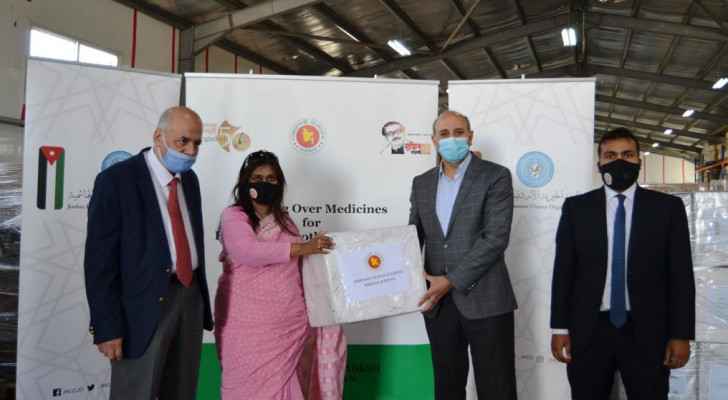 The Bangladesh Embassy in Amman has handed over medicines sent by the Government of Bangladesh for the people of Palestine as aid.

In an informal ceremony Monday, the Bangladesh Ambassador to Jordan H. E. Nahida Sobhan handed over the aid to the Secretary General of the Jordan Hashemite Charity in the presence of a representative of the Palestinian Embassy in Jordan.

During the handover ceremony, the Ambassador said that Bangladesh has always been vocal about Palestine and has always been sympathetic to the Palestinian people since its inception.

Father of the Nation Bangabandhu Sheikh Mujibur Rahman in his first speech to the United Nations (UN) also expressed solidarity with the Palestinian people and called for an end to all occupations. His able daughter, Hon'ble Prime Minister Sheikh Hasina, has maintained Bangladesh's strong position towards the Palestinian people.

Bangladesh has been conducting its foreign policy in the light of the motto of friendship to all, malice to none. Bangladesh has unwavering support for all the oppressed and exploited people of the world and Bangladesh wants an end to all forms of occupation.

Dr. Hussein Shibli, Secretary General of the Hashemite Charity Foundation, who attended the event, thanked the Ambassador and acknowledged the support of Bangladesh for the peoples of Palestine. He added that the medical assistance provided by the Bangladesh government will strengthen the mental strength of the Palestinian people. He also lauded the humanitarian generosity of Prime Minister Sheikh Hasina, the architect of Bangladesh's progress, and lauded her strong leadership. 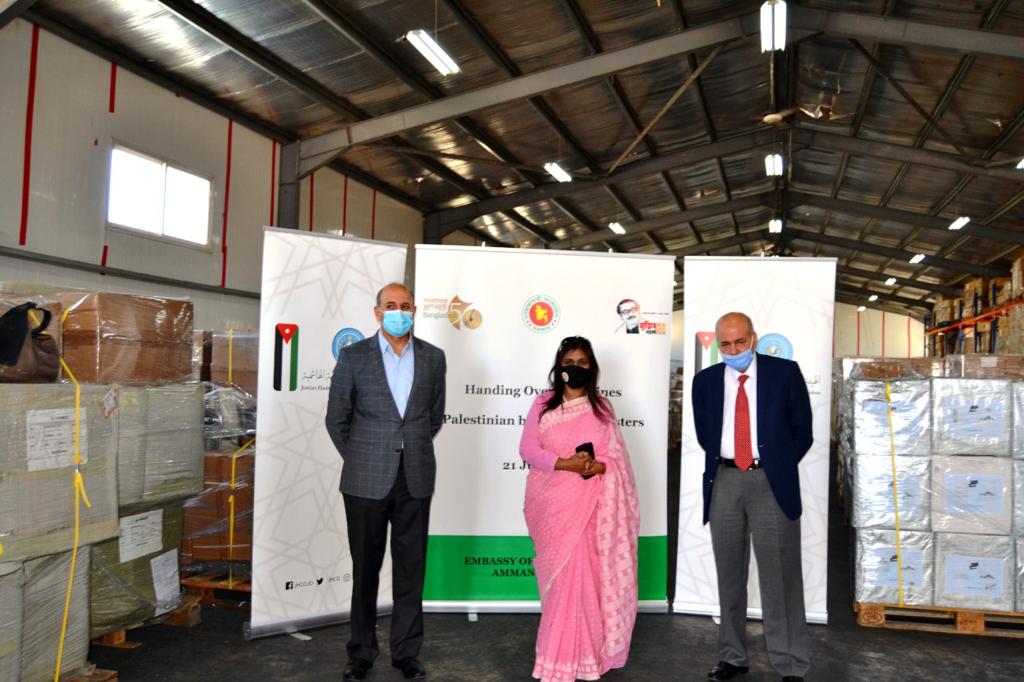 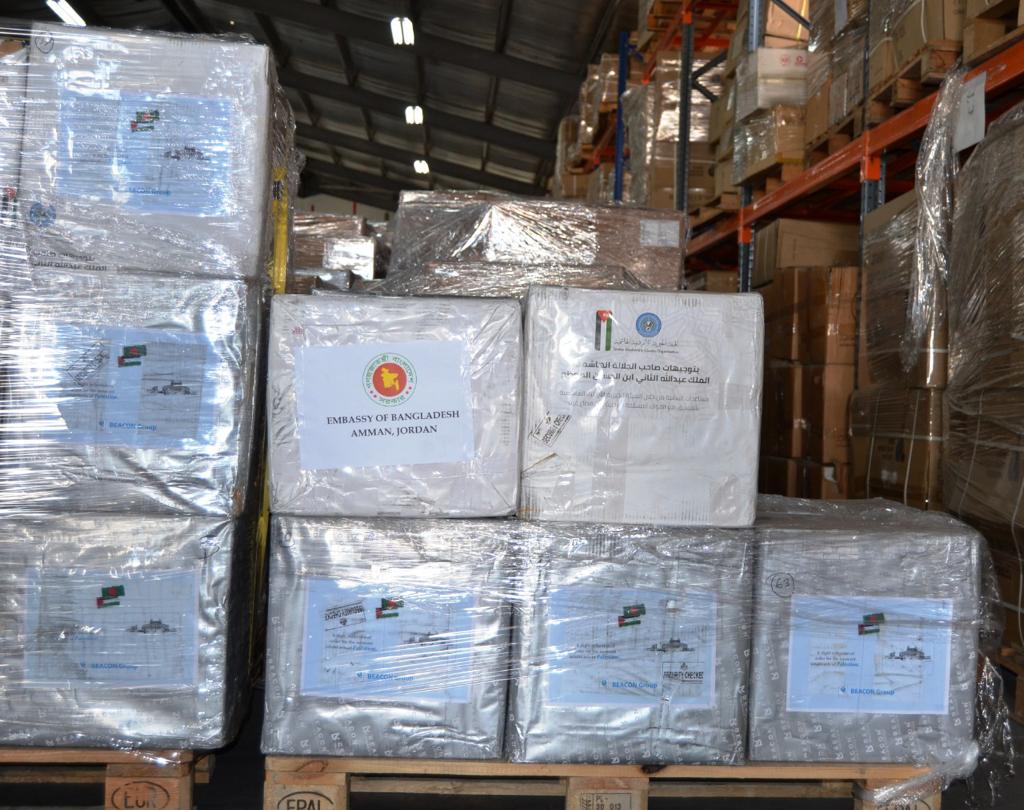 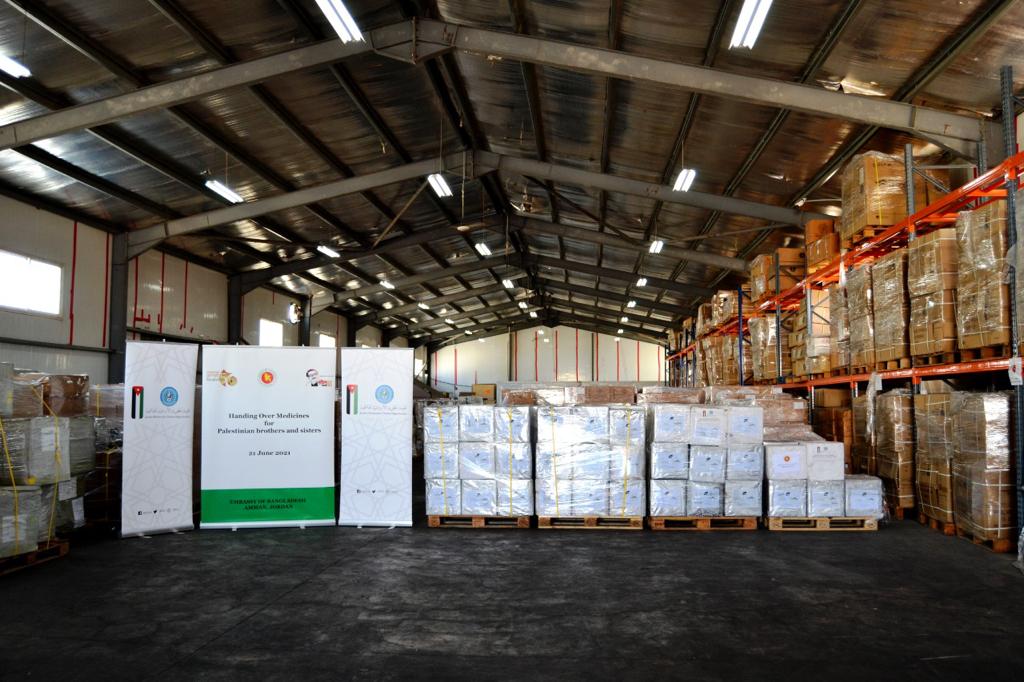 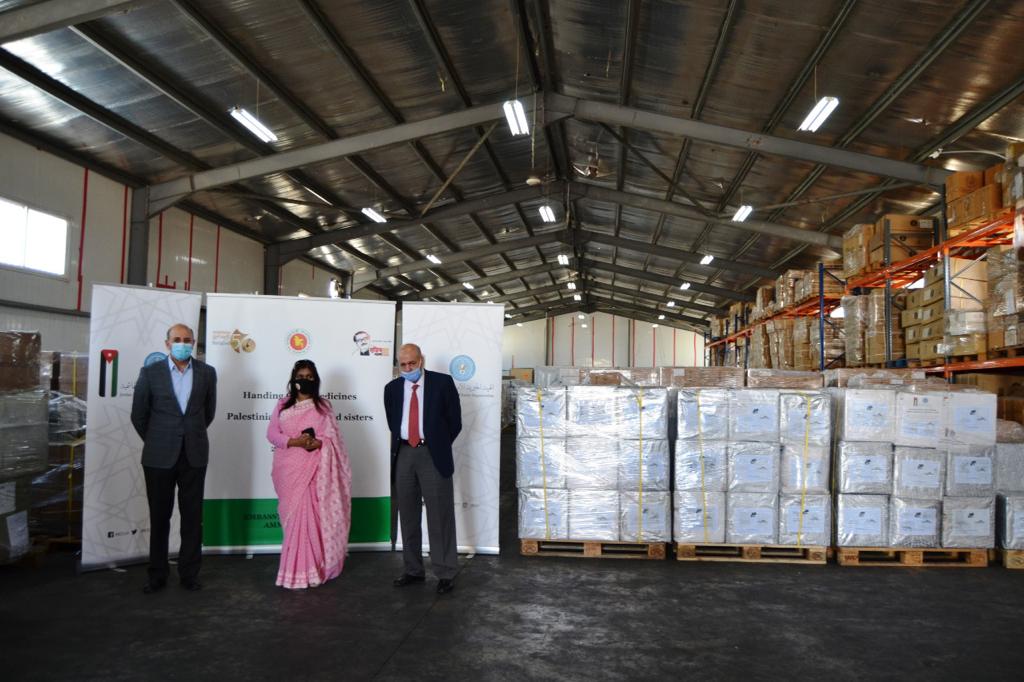